One of Kendrick Lamar songs was President Barrack Obama’s favourite track of 2015.

But now the Compton rapper get a chance to meet the most powerful man on earth at the White House. K-Dot revealed some never before seen photos of himself meeting the President, as well as, shared his thoughts on mentoring youths.

“I sat down with President Barack Obama and shared the same views, topics concerning the inner cities, the problem, the solutions, and further more embracing the youth, both being aware that mentoring saves lives,” Kendrick Lamar said. “Sometimes I reflect and think back, ‘Where would I be if I hadn’t had the presence of an older acquaintance telling me what’s right and what’s wrong?’”

Kendrick Lamar also encourages his fans and peers to join him in “paying it forward” as well as support My Brother’s Keeper and Mentoring.org. 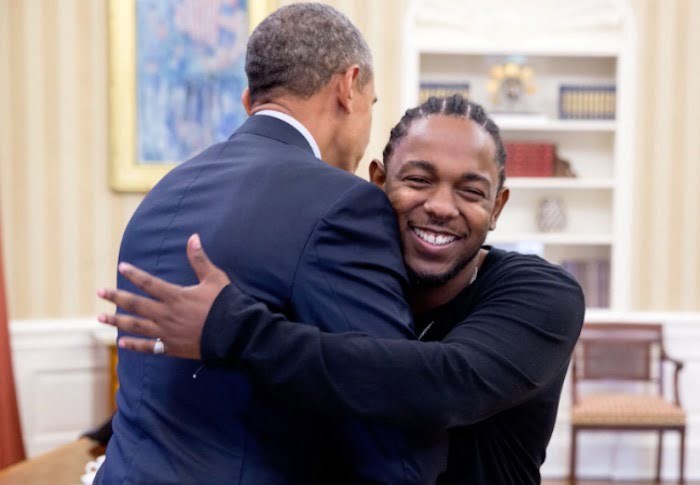