Could this be the official tracklist for Rihanna new album ANTI.

There is still no official release date for the project but there is a strong chance that we will get it sometime this month.

Urban Islandz obtained this leaked image of the unofficial tracklisting for ANTI. Sources close to the Bajan pop star told us that it is legit and will come in two parts a regular and a deluxe copy.

“The album is coming very soon as early as a couple days, so look out because it could drop without notice,” sources said. 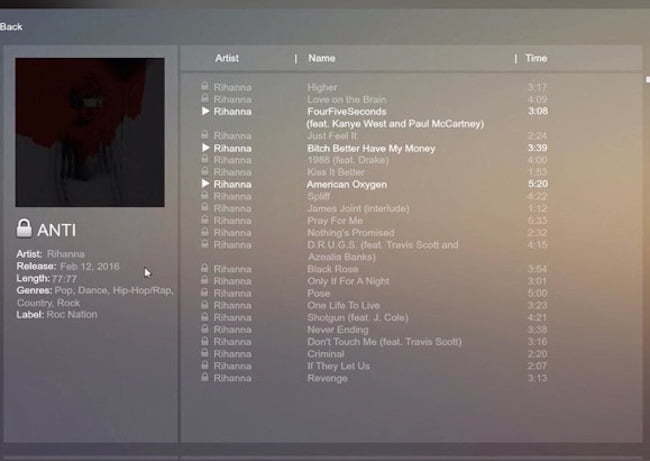 Interestingly Young Thug is not listed on any of the singles on the leaked tracklist despite being spotted with Rihanna in the studio late last year.

Rihanna and Samsung has been teasing fans with clips on her ANTIDiary website. She unlocked room seven earlier this week with only one room to go.

The big question is, will she drop the album when she unlock room 8? Her fans, code name Rihanna Navy, have been growing impatient on social media.

Despite not dropping any major project last year Rihanna had a great year. She was named Spotify most streamed female artist in the world with over a billion streams and 57 million listeners.

Today is a day I'll never forget!!! Thank you #RihannaNavy for allowing me to make history with you!

Last year she was also created history by becoming the first artist to make it across the RIAA’s 100 million gold and platinum song certifications.