Karim Benzema is cheating on Rihanna with none other than Karrueche Tran. But turns out that is all speculations and no facts.

Urban Islandz highly placed source close to the Bajan pop star told us that she and the Real Madrid stud are just friends and the cheating reports are bogus to say the least.

SEE ALSO: Karrueche Tran “I Have No Reason To Diss Rihanna Or Chris Brown”

“It’s very clear that some folks are trying to create some sort of controversy out of nothing. RiRi and Karim are just friends and does not have any form of intimate relationship,” a source insisted.

“I can bet that that girl Karrueche don’t even know who Benzema is or even like soccer,” sources said. “I just think that they are doing the most since RiRi and Karrueche both have a history. But that’s old news, its time to move on people.”

Last week social media was buzzing about a possible reignition of the fierce rivalry between Karrueche Tran and Rihanna after the actress/model was spotted partying at the same club as Benzema. They both arrived and left the party separately so that was not enough to confirm anything. Could just be mere coincidence. 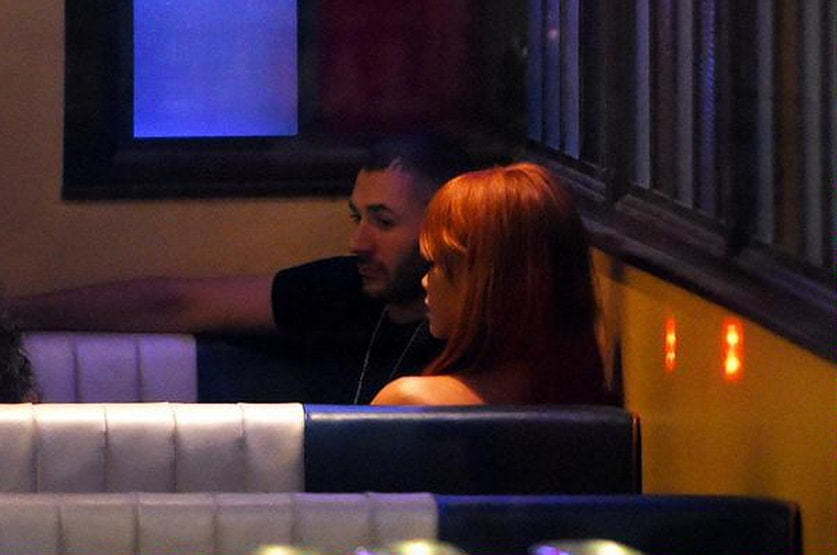 The report claimed that Rihanna and Benzema are in a committed relationship but he has Karrueche as his secret side chick.

The “FourFiveSeconds” singer and Tran does have a history after being in a very public love triangle with Chris Brown. Both women have since split with the R&B singer and are trying to move on with their lives.

Still it’s no secret that Brown want to get back together with either of these beauty.

Rihanna and the French football player sparked dating rumors in June when they were spotted together on several occasions partying or dining at their favourite restaurants in New York and Los Angeles.

Perhaps Chris Brown has something to say about this rumor.

Weigh in below in the comments section.