Karrueche Tran future is looking bright these days but one thing she is sure of and that is it doesn’t include Chris Brown and his baby Royalty.

The model currently has a budding acting career and recently won a Daytime Emmy with the cast of TV series “The Bay.”

She also has roles in TV series “Single Ladies” and “Vanity” as well as rumored role in 3 Headed Shark Attack.

Sources connected to Chris Brown on-again off-again girlfriend told Urban Islandz that she doesn’t want Chris Brown near any of her television or movie productions because she don’t want him to overshadow her career.

“Chris Brown is a way bigger celebrity than she is so it makes perfect sense that her people ensure that he stays clear of any film production that she is involved in,” our source told us.

“Karrueche has ill feelings towards him and only wish him the best, but she has to focus on her own career now and build her own legacy without him overshadowing her,” our source added. 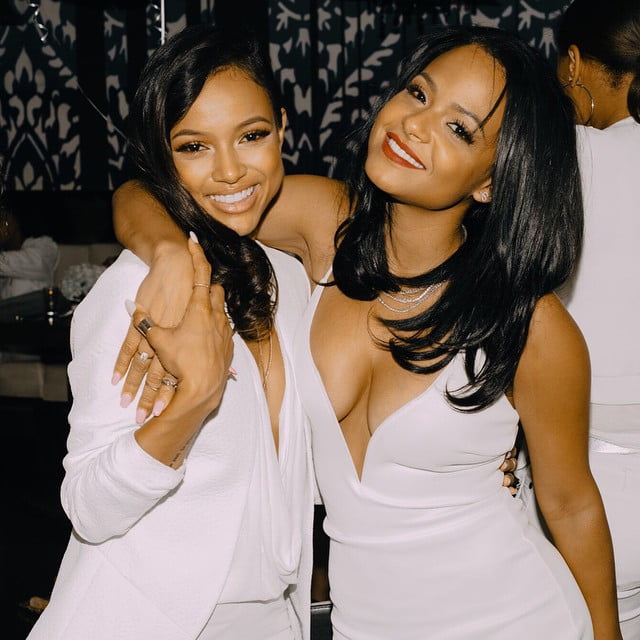 As for whether or not she will ever get back together with Brown, Karrueche Tran told Access Hollywood.

“I don’t know if a friendship will necessary work, but I definitely want to keep on good terms,” Karrueche said. “I want to be cordial and positive. No drama.”

“A guy who is famous, he’s rich and all that. It’s just a lot of baggage and I don’t know if I’m mentally prepared to go through that again,” she added.

Bare in mind that the last time these two saw each other it ended in a big blowup and luckily things didn’t get violent.

Chris Brown has also spoke to Ryan Seacrest about his recent running with Karrueche Tran at Playhouse nightclub and says that she need time to heal.

“I’m not a hateful person,” Brown said. “Of course I still love her, but mentally right now, I think everything takes time. I just need to focus on being the best father I can be.”