Rihanna and two of her ex’s were partying in the same nightclub in New York City last night.

The Bajan pop star was spotted entering Game nightclub in the Big Apple with Drake on Wednesday night.

A few moments later her rumored boo Leonardo DiCaprio made an entrance into the same club.

There are already rumors swirling around that Rihanna and Drake are rekindling their romance. But sources connected to RiRi told Urban Islandz that the two were hanging out as just friends.

“RiRi and Drake has always been close friends first before any relationship so them hanging out together as friends is nothing new,” our source told us.

Our source also insist that Rihanna and Leonardo DiCaprio are just friends. But paparazzi snapped a photo of the actor leaving the club while trying to hide under his cap. 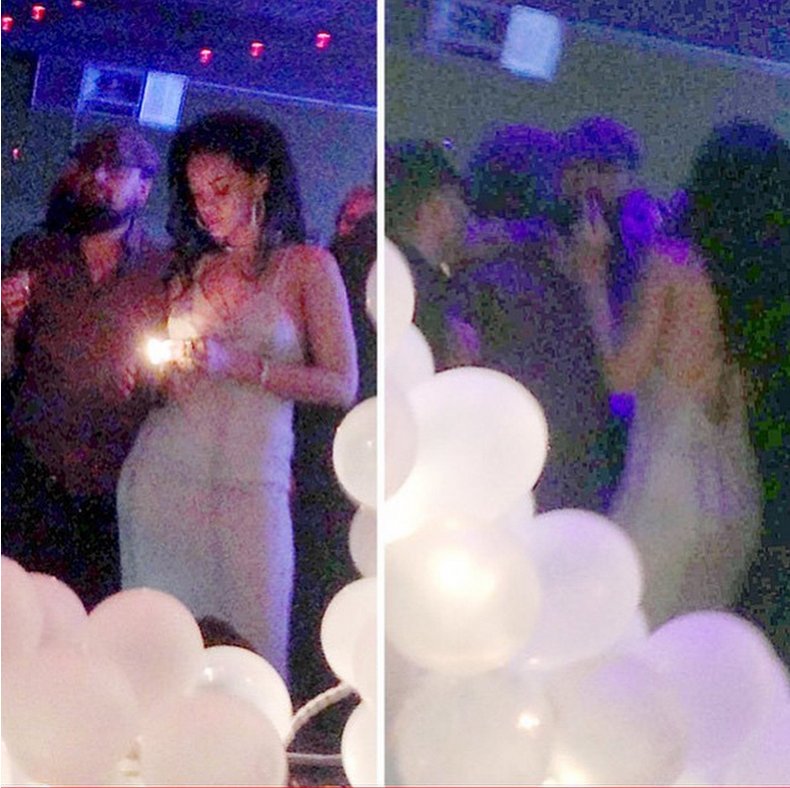 Earlier this year the rumor mill was in full swing claiming that Rihanna and DiCaprio are dating after the two were spotted together on numerous occasions.