Karrueche Tran is single and ready to mingle but Chris Brown is still trying to win back his now ex-girlfriend.

The on-again off-again couple has been having problems since news surfaced a love child name Royalty with a video model name Nia.

Sources connected to the former couple told Urban Islandz that Karrueche Tran has moved out all of Chris Brown belongings from her home and is putting herself back on the market.

“One person can take so much and no more hurt and Chris has been hurting Karrueche for years now and she always forgive him and always has his back,” our source said.

“She is definitely moving on and has already removed all his stuff from her house.” 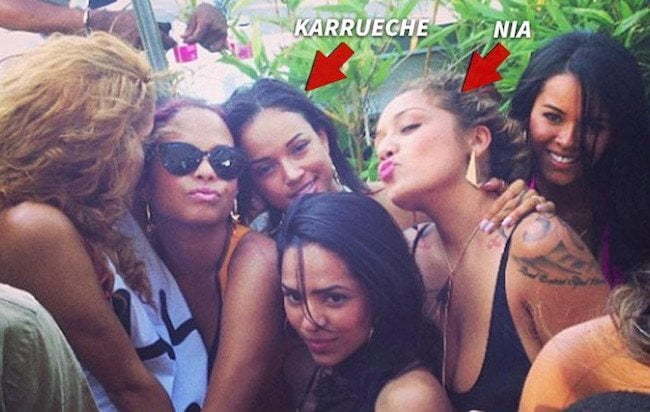 Urban Islandz sources also told us that Chris Brown is begging Karrueche Tran for forgiveness and has even contacted her parents.

“She is done for good this time but I guess because she always forgive him he is refusing to believe it’s over,” our source added. “He still calls her constantly and has even called her parents. Karrueche is the only girl that has ever truly hold him down.”

“Listen. One can only take so much. The best of luck to Chris and his family. No baby drama for me,” Karrueche Tran wrote on Twitter.

Karrueche Tran has been spotted out having fun with her friends on several occasions since their breakup.