Nicki Minaj ex-boyfriend Safaree Samuels, aka SB, is feeling hurt by her hook up with Meek Mill.

The PinkPrint rapper sent Instagram and Twitter into a frenzy earlier this week when she posted two photos of herself getting cozy with her new boyfriend Meek Mill.

One of the pics show the Maybach Music Group rapper planting a kiss on Nicki’s cheek and another show the two having dinner.

Sources close to Safaree Samuels told Urban Islandz that he is feeling hurt.

“Beezy (Safaree Samuels) is a good guy and he is really hurt by the photos and by what she is doing,” the source told us. “She is going around dissing SB and sucking up to Meek Mill when a few weeks ago she wanted to work things out. How does she expect to be taken seriously.” 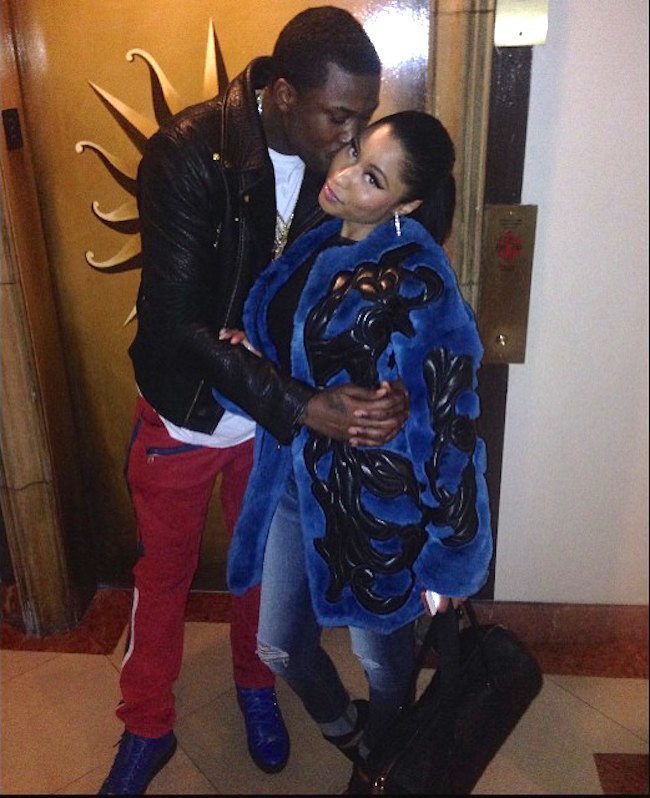 The source also told us that Safaree Samuels is using music to cope with his hurt.

“Music is what he does best so instead of being depressed about it, he is spending a lot of time in the studio working on his mixtape,” the source revealed.

“He was the one who introduced her to Meek Mill and over time Meek poisoned her mind against him,” the source added.

Safaree Samuels have been releasing new music videos and is currently gearing up to drop a mixtape.

Nicki Minaj and Meek Mill will be performing live at Stage Forty 8 in New York City on All-Star weekend.