Katy Perry put on a memorable halftime performance at the 2015 Super Bowl XLIX with the help of Missy Elliot and Lenny Kravitz.

The pop superstar kicked things off performing her mega hit single “Roar” while riding a giant mechanical tiger. She then performed her single “Dark Horse.”

Today is for this girl. She had the dream, always believed in herself & her worth. Today she is the one smiling. pic.twitter.com/9jMh3hWubz

? Today is the day that the Lord has made! I will rejoice and be glad in it! ? 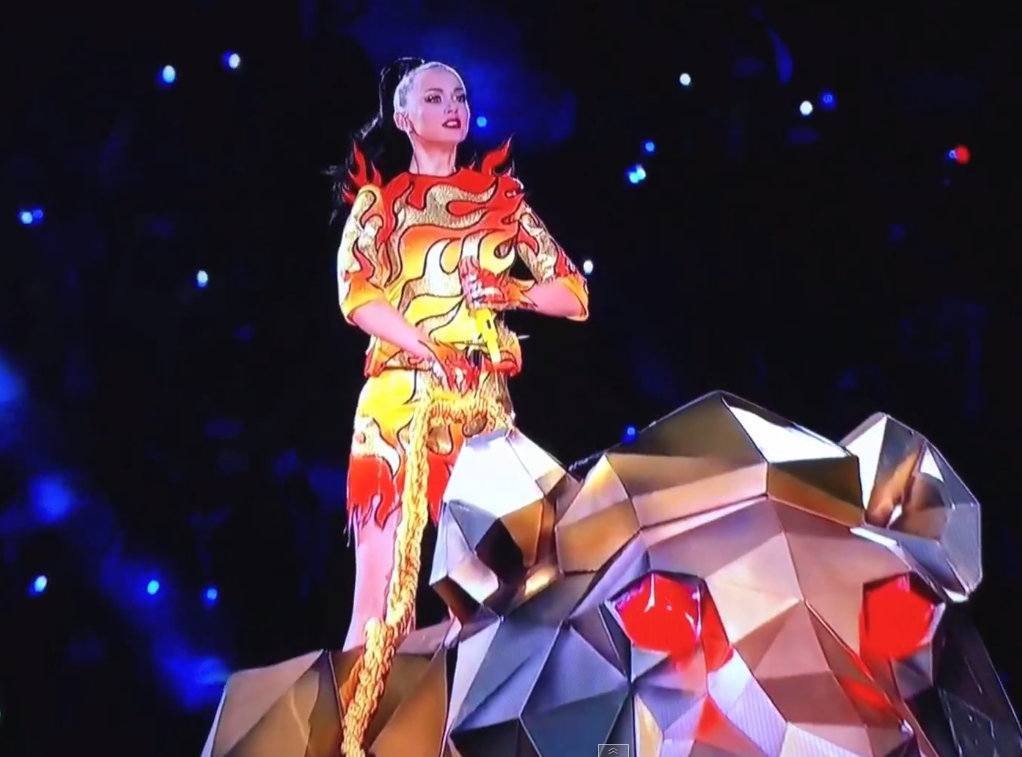 The 1990s female rap icon kicked things off with her classic singles “Get Your Freak On,” “Work It,” and “Loose Control.”

now thats what Im talking about @MissyElliott u kilt dat

Tears of Joy @MissyElliott is G.O.A.T. And drove more foriegns than all rappers combined… I bow I bow!!! #Queen ?

Missy killed it too