Chris Brown cast his girlfriend Karrueche Tran in the music video for his single “Autumn Leaves” featuring Kendrick Lamar and feature on his new album X.

The Chinese themed video was shot in Hawaii and features Chris Brown as an embattled samurai going after the love of his life played by his real life girlfriend Karrueche Tran.

SEE ALSO: Chris Brown Fears For His Life, Staying Out Of Clubs

Kendrick Lamar did not make an appearance in the video directed by Colin Tiley.

I WILL BE THE GREATEST!

In one scene when Chris Brown caught up with his girl by the beach he kissed her on her forehead. 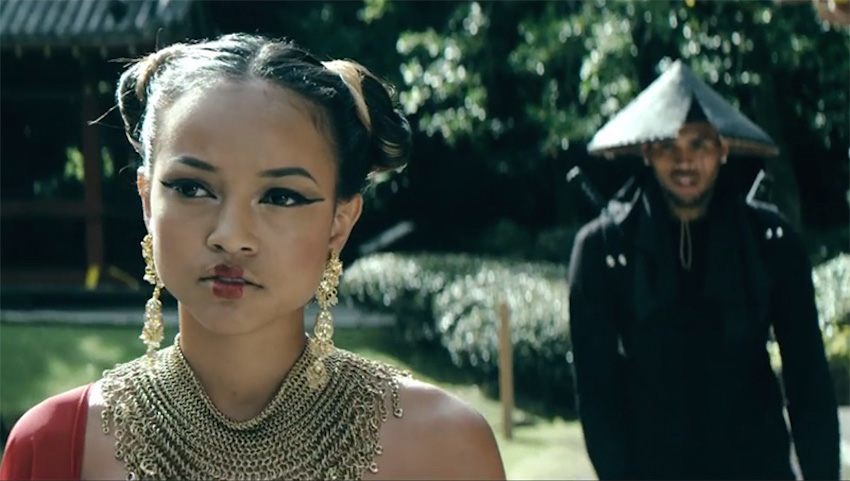 There are fresh rumors making the rounds that Karrueche Tran have broken up with Chris Brown again over some leaked photos.

Chris Brown will be hitting the road later this month with Trey Songz for their joint “Between the Sheets Tour” staring in Hampton, VA.