Rihanna is known to be blunt and often times feisty. A fan of the Bajan pop star who asked her to go to prom with him learned the hard way.

A screenshot of an exchange between Rihanna and one of her fans who claimed that he has been bullied and want her to go to prom with him has gone viral.

SEE ALSO: Drake Still Trying To Get Back Together With Rihanna

This is what the fan wrote.

“Hi rihanna! I’m a huge fan!! You’ve inspired me a lot Ive looked up to since I was 12 and I’ve had some issues in school like bullying and frequent panic attacks and prom is coming up soon and I was wondering if this would get say 100,000 retweets on Twitter will you go to prom with me?” 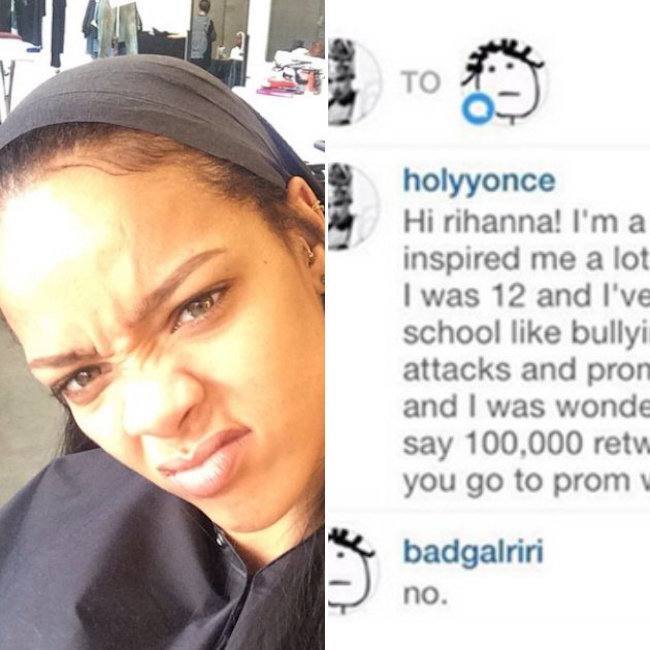 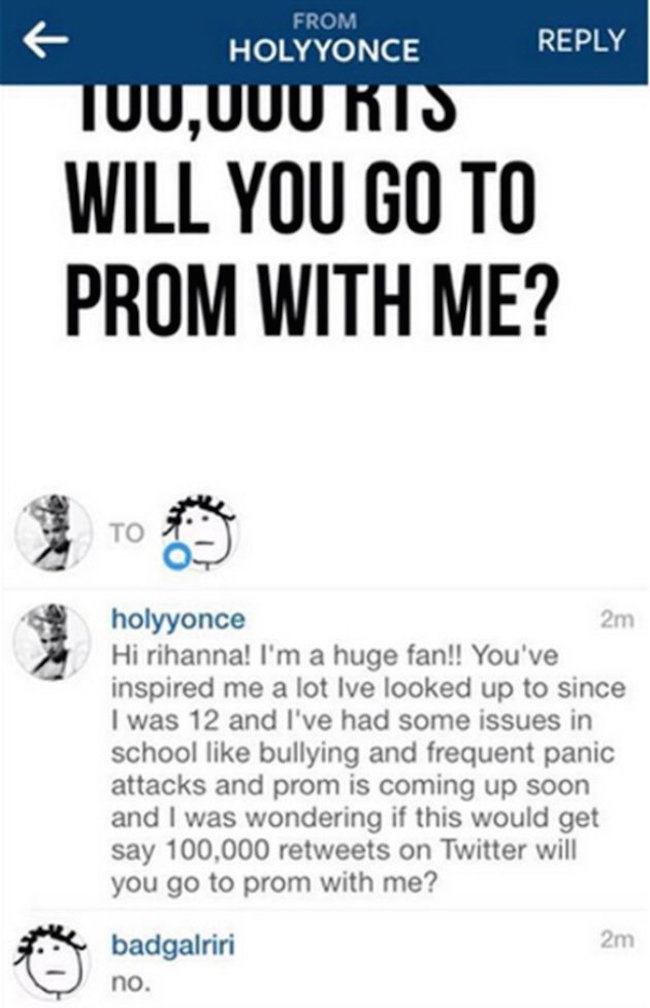 Rihanna responded immediately with a simple “no.”

I am not surprised Rihanna said no since the account she got the message from is a Beyonce fan page.

Rihanna is too busy now dating Leonardo DiCaprio and working on her new album R8.