Rihanna has nothing bad to say about Chris Brown and Karrueche Tran having a baby.

Over the weekend a friend of the couple posted a photo on Instagram holding Karrueche Tran’s belly with the caption, “Congratulations I hope is a boy.”

Perhaps it could be a publicity stunt since Chris Brown has a new album out now. But nonetheless word got to Rihanna and surprisingly she is quite okay with it.

Sources close to the Bajan pop beauty told Urban Islandz that she said nothing bad about Breezy after hearing the news.

“RiRi is fully focused on her career right now and want nothing but the best for Chris Brown and his girlfriend,” the source said.

“She said the pic and she smiled and said wish them all the best,” the source told us. 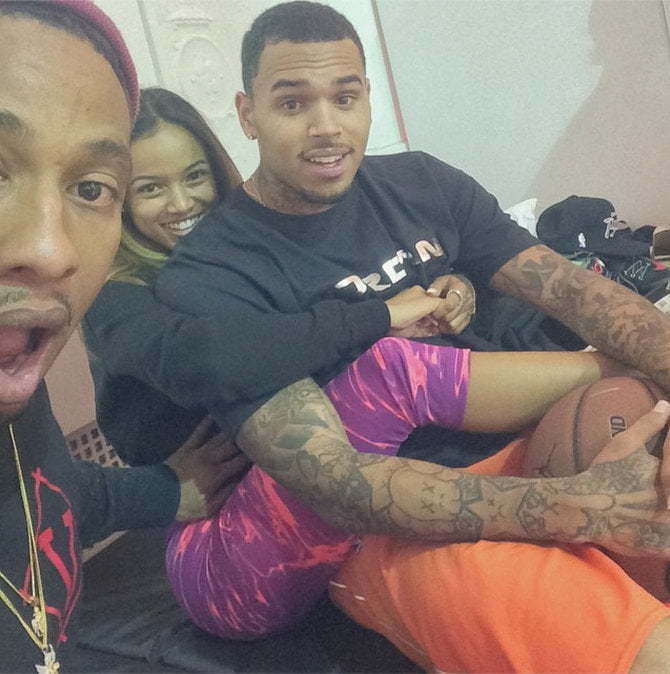 Rihanna also has a new baby in her life, a niece fathered by one of her brothers. She has been posting several photos of herself with the adorable baby girl on social media since the summer.

The source told us that Rihanna is absolutely in love with the toddler and take her as her own.

“She does have a soft spot for niece and you would think that she is her mother, but that is the type of personality she has,” the source revealed.

Rihanna is currently readying her 8th studio album that could hit stores, as soon as, later this month.

So far we know that Drake and Nicki Minaj will be featured on the album.