Beyonce and Jay Z were enjoying themselves in a jam packed stadium with David Beckham at Tuesday’s Barcelona versus PSG Champions League match in Paris.

Jay Z and Bey were all smiles as they engaged in conversations with the English retired soccer icon.

Beyonce and Jay Z recently wrapped up their On The Run tour in Paris and are reportedly working on a joint album together.

Beyonce is also rumored to be pregnant with the couple’s second child. 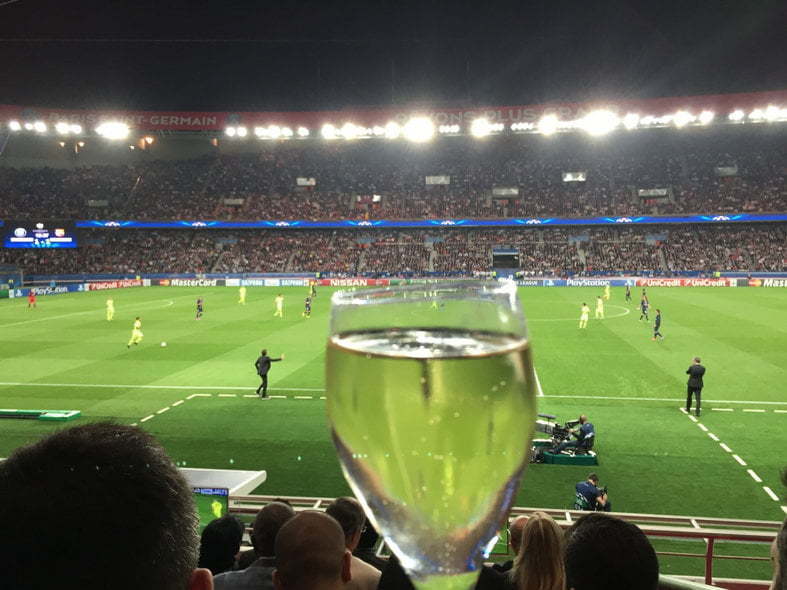 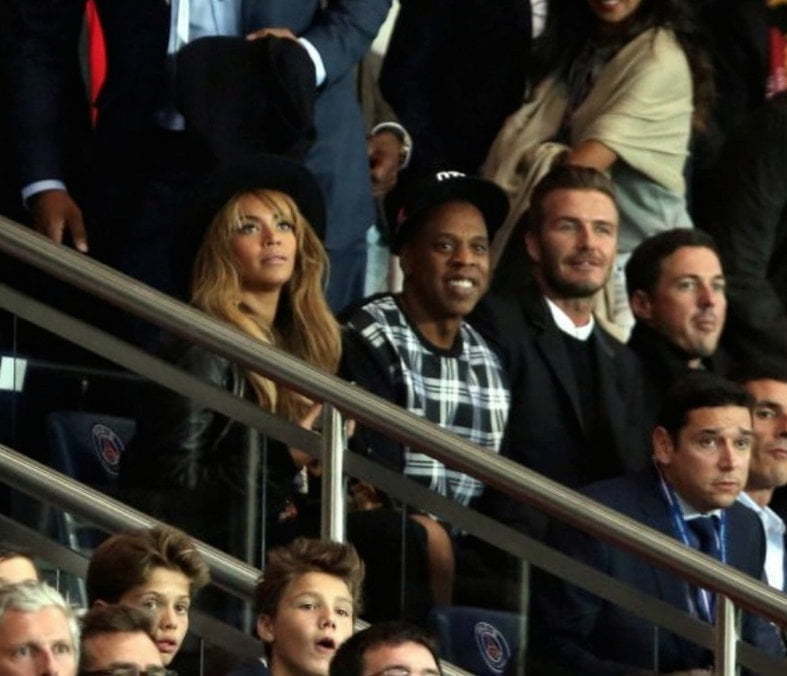