T.I. and Tiny marriage is on the rocks but you don’t dare talk bad about the Hustle Gang leader’s family.

The Atlanta rapper and Banks first buck heads on social media two years ago. But now the “212” femcee has reignited their beef by going after the Family Hustle stars on Twitter.

“U want no mediocre but … Have you seen your wife?” Azealia Banks wrote on twitter which was later deleted.

T.I. people took that as a shot at the rapper who recently release a new single “No Mediocre.”

The next day Banks went on a Twitter rampage and taunt T.I. even more. These are some tweets she sent out on Twitter:

“I saw you backstage at Kanye and you had nothing to say.”

“I stood next to you ON PURPOSE. To see if you would say something.”

T.I. responded on Instagram with a photo of Azealia Banks and an expletives laced caption. The back and forth continues on social media with Banks posted a photoshopped pic of T.I. 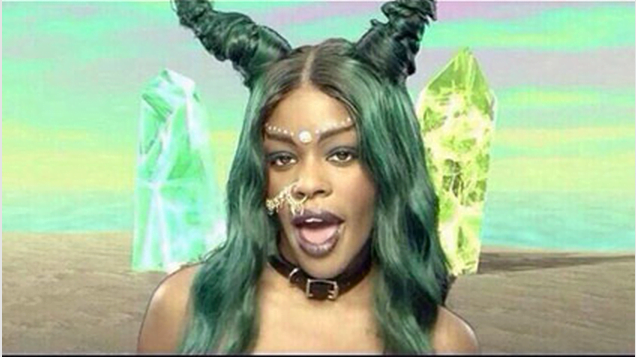 TMZ guys caught up with T.I. in New York City yesterday and asked him about his beef with Azealia Banks and TIP made it clear that anyone disrespect his family he will be going at them.

“You can say what you want about me, but if you say something about my family I’m going at you and I’m going to be relentless,” T.I. said.

“I chew your throat off your neck if I need to because I have an oath to honor and respect and maintain the integrity of my family and anybody that violate that, I’m going,” T.I. continues.