Rick Ross is rich forever because that is what the Maybach Music Group chief just tattooed on his face right under his lips.

Ricky Rozay better not get broke again because we can only imagine how painful it would be to remove that tattoo. 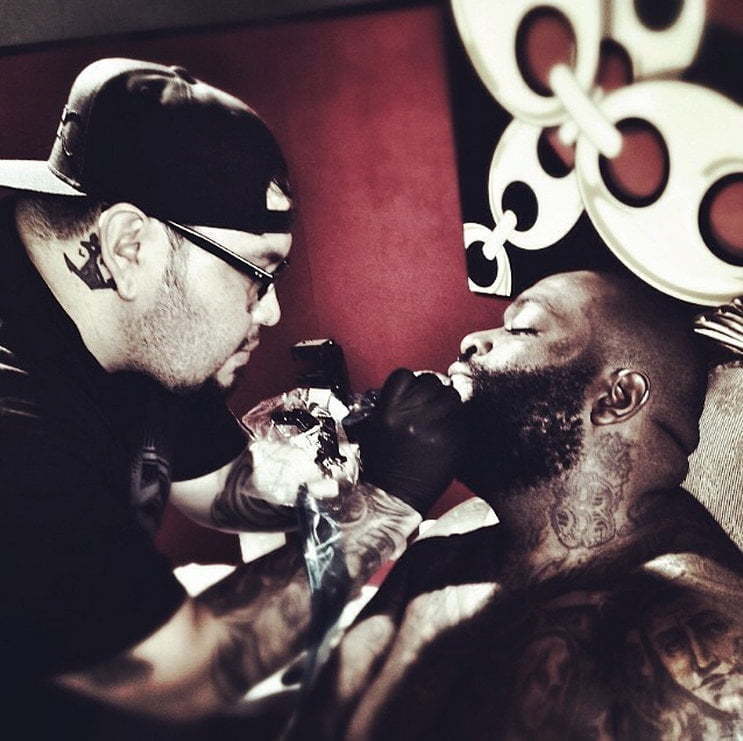 Rick Ross is reportedly worth a estimated $30 million. In comparison, most of the top rappers in the game have a net worth of close to or above $100 million.

Rozay has over 100 tattoos covering most of his body.