Vybz Kartel’s post conviction saga continues to rain down a lot of negative press for the embattled dancehall deejay.

Now Kartel’s former protege Tommy Lee Sparta has been drawn into the saga after an audio clip of the Mobay deejay crying was leaked online.

In the clip, you can hear an emotionally shaken Tommy Lee in a telephone conversation with producer Elvis Redwood telling him about an ordeal with a man name Slim.

Lee said Slim confronted him with a gun and demanded him sign a new contract and hand over royalties to Vybz Kartel.

But a rep for the incarcerated deejay is denying the allegation saying he has never sent anyone to rough up Tommy Lee over royalties.

“I personally spoke to Addi [Vybz Kartel] after I heard the tape and he told me straight up that he never send anyone to confront Tommy Lee or anyone else about royalties,” the rep told us.

Earlier this week Tommy Lee’s lawyer says the deejay denied recording any such conversation, but did not say whether or not he denies it was his voice.

Vybz Kartel is currently serving a life sentenced in a maximum security prison after being convicted for murder in March.

He is credited for helping launch the careers of some of the hottest young artists in dancehall now including Tommy Lee, Popcaan, and Gaza Slim. 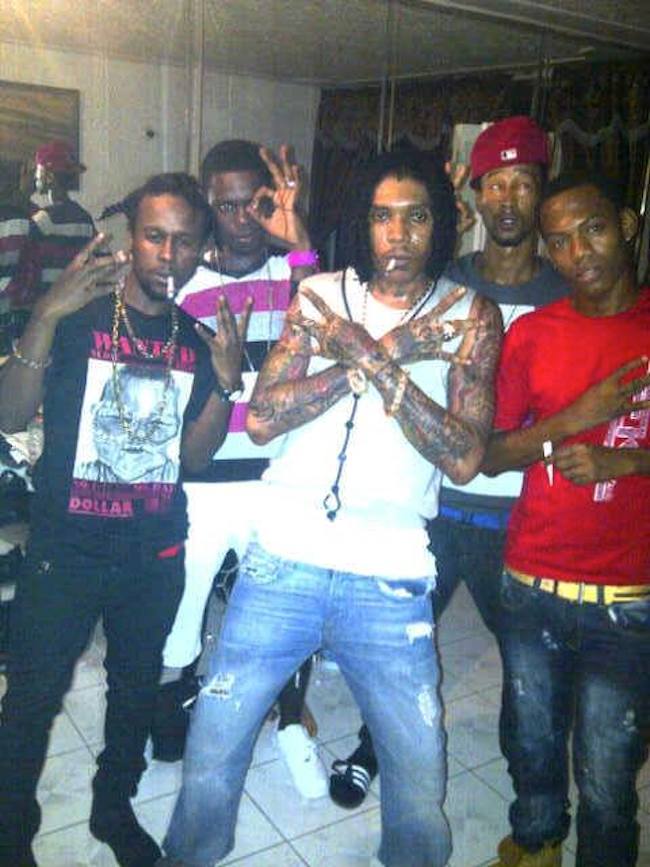