The Carters invaded Coachella in the desert this past weekend.

Beyonce and Jay Z were both spotted at the Coachella concert but vanished before fans could get a hold of them.

Queen B briefly appeared on stage during her sister Solange performance but did not sing a single note. She dropped a few dance moves before exiting the stage. 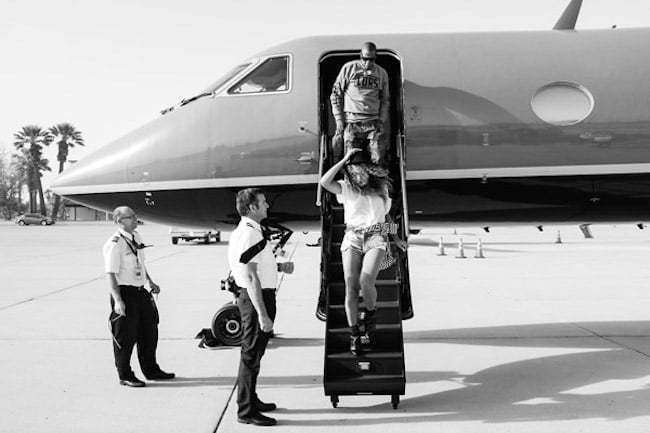 Jay Z on the other hand hit the stage to perform “Where I’m From” and “Dead Presidents” with Nas.

Jay Z headlined the music festival four years ago. Check out some photos of B and Hov at Coachella below.