Some photos of President Obama and Denmark’s Prime Minister Helle Thorning-Schmidt taking a selfie at Nelson Mandela’s memorial has been making the rounds in the media.

But the real reason the photos, taken by Richard Schmidt, are making the round is because of the expression of Michelle Obama, who seemed a bit peeved. 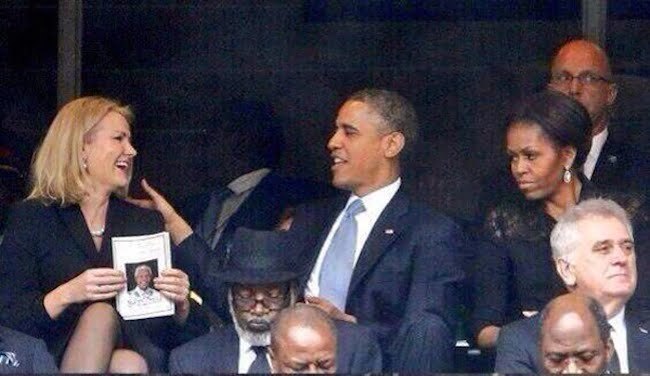 Major news outlets including the New York Post ran a story on the front page with the headline “Flirting With Dane-ger: Mrs. O Not Amused by BAM and Pretty PM.”

The actually photographer has since cleared things up saying the photo was by chance and that Michelle Obama was joking with everyone just a second before the photo was snapped.

Here is a photo that didn’t make the rounds showing Michelle Obama and the Denmark PM joking.

Click next photo to see the other candid pics. 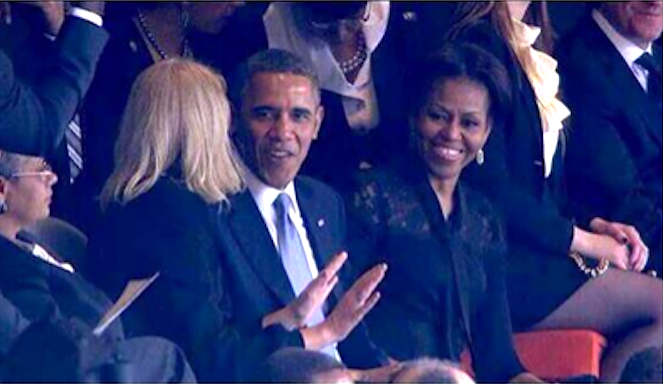