Rihanna brought a lot of joy to Thailand but left a trail of unrest.

Weeks after posting on a raunchy tweet on her Twitter page about her experience at a sex show in Thailand while in that country for her Diamonds World tour.

“Either I was ph–k wasted lastnight, or I saw a Thai woman pull a live bird,2turtles, razors, shoot darts and ping pong, all out of her p—y,” Rihanna tweeted.

And THEN she tried to turn water into coke in her $!! Uhh yea, all I'm saying is water went in and soda came out! I'm traumatized!!!

According to new reports, Thai authorities clamped down on the club the morning after Rihanna sent out the tweets and arrested the owner.

“Authorities found out about this bar the morning after Rihanna tweeted about it, but we were not able to catch them violating the law until Saturday night,” local district chief Weera Kerdsirimongkon told the AP. “We had been waiting for them and finally caught them red-handed.” 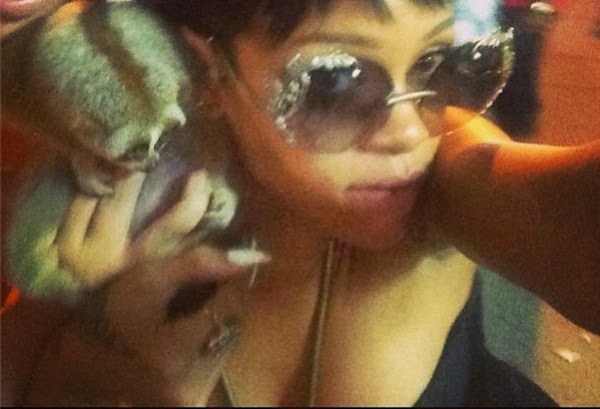 Rihanna posted the photo on her Instagram and local wildlife activist tipped off authorities.