Rihanna left a lasting impression in Thailand last week both with her fans and some exotic creatures.

The Bajan pop star was enjoying some downtime in between tour dates in the tropical country. She posted several bikini photos on Instagram and several photos of herself mingling with locals and animals including elephants.

PHOTO: Rihanna Smoke Weed In Her Bikini In Paradise

But one particular photo was particularly risky and drew the attention of authorities. Rihanna posted a photo of herself with a loris.

The slow moving fury primate is known to be deadly to humans and is also an endangered specie found in south-east Asia. Thailand banned locals from charging tourists to take pictures with the cute animal.

Authorities were tipped off by local wildlife advocates after Rihanna photo went viral on Instagram. Police arrested a 16-year-old and a 20-year-old man on Sunday and confiscate two lorises.

Loris is a tiny primate that produce a toxin known to be fatal to humans. 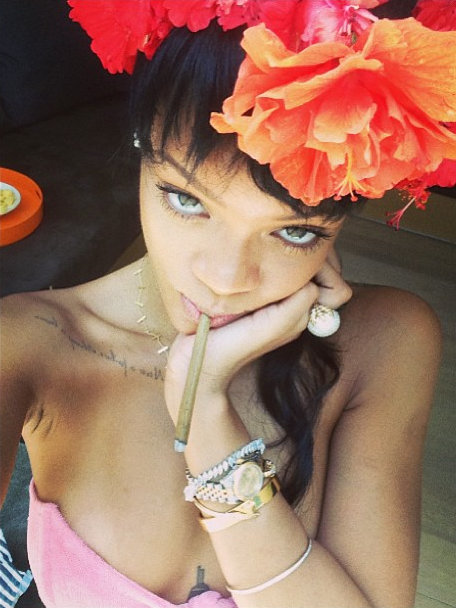