Usain Bolt hang up his spikes and put on his Puma soccer gears last week for a friendly game.

The Jamaican sprint legend recently inked a new deal with Puma believed to be worth US$10 million per year.

Bolt, who hinted at a possible retirement after the 2016 Olympic Games in Brazil, could also earned an additional $10 million if he competes in the 2017 World Championship Games. 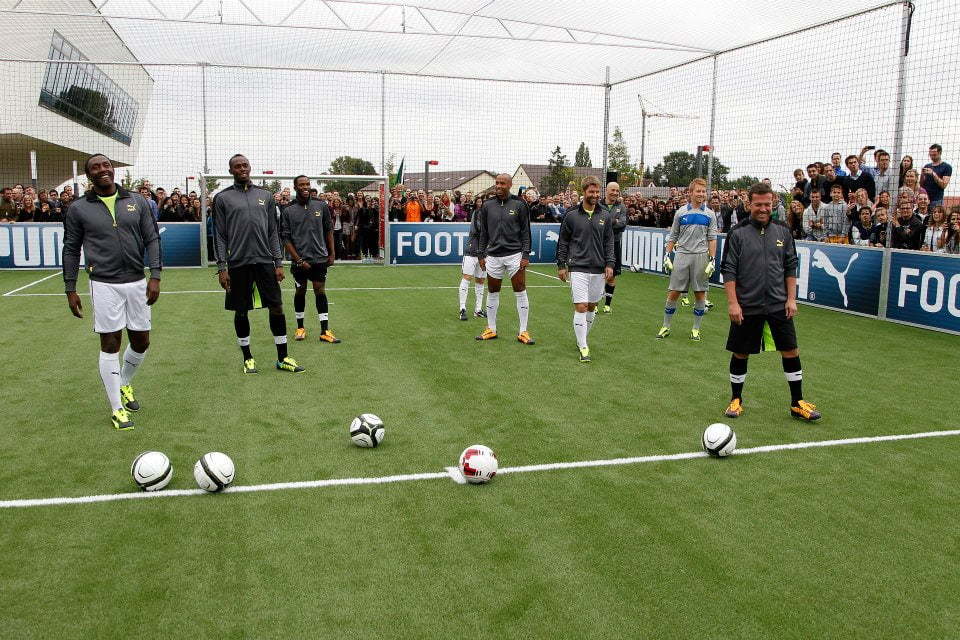 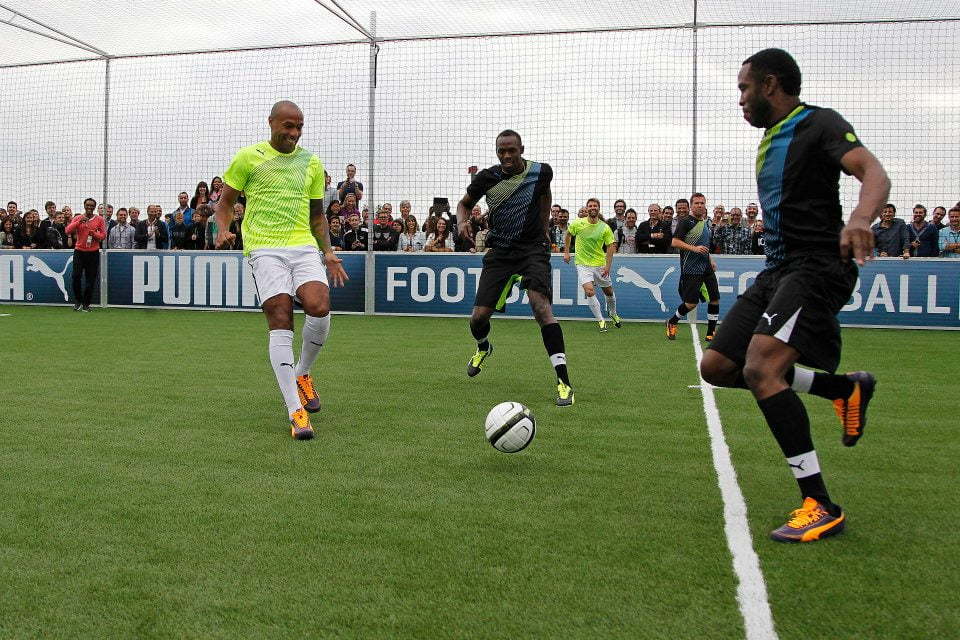 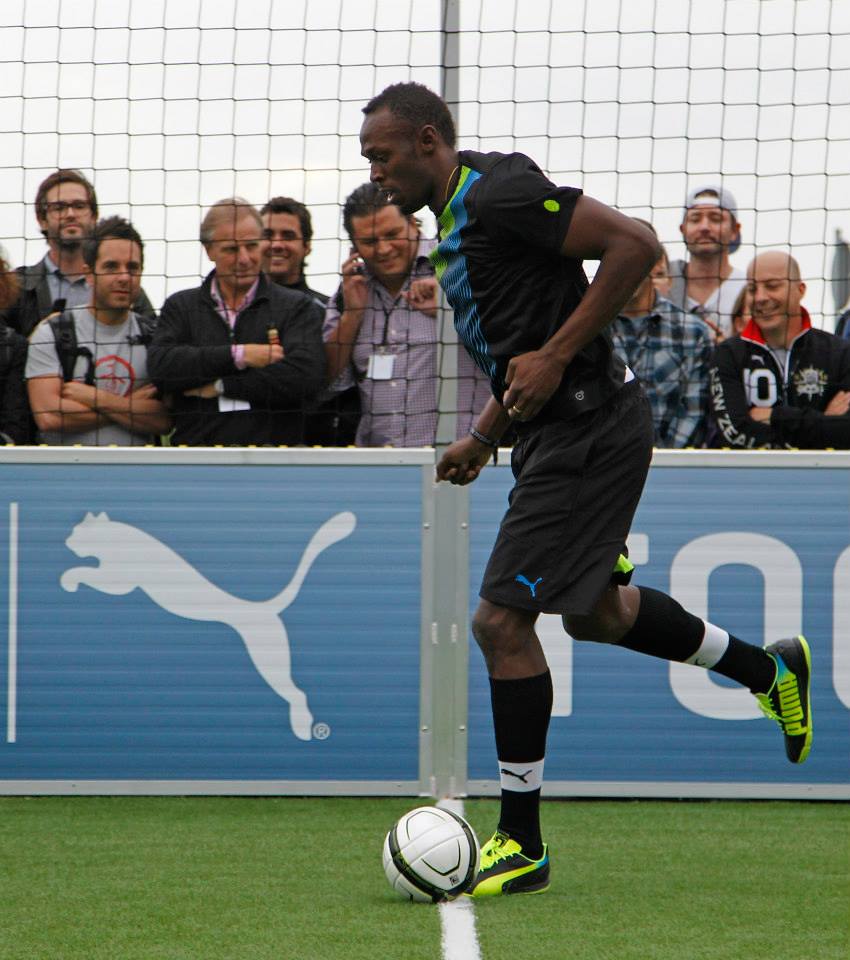