Vybz Kartel and his legal team, headed by Tom Tavares-Finson, are fighting back some bad press earlier this week.

On Wednesday the Jamaican police force revealed that they uncovered contraband in Vybz Kartel’s jail cell as they stepped up their probe into the shooting death of producer Patrick “Roach” Samuels.

In a statement released to the media, officers say they found three flash drives, two cell phones and a DVD player in Kartel’s cell. They also found a sim card and a written note in Garfield Vassell, aka Zebra, jail cell, and also another DVD player in Shawn “Storm” Campbell’s cell.

In a statement released to the media, Kartel’s legal team revealed proof that the dancehall star had approval for the items. 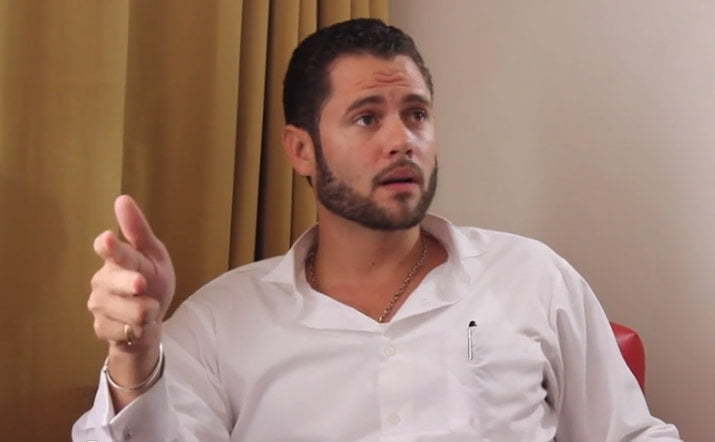 See the full statement below:

A DVD player and an Apple Ipod; Two (2) cellular phones; and “A piece of paper containing instructions purportedly written by a popular entertainer”.

These items the police release reported were seized in connection to a murder inquiry being conducted following the shooting death of Patrick Samuels otherwise called “Roach”.

Following upon our investigations and instructions we are in a position to state: –

a. The DVD and Apple Ipod taken from the cell of Adidja Palmer were being held by him with the full permission and knowledge of the authorities and the Superintendent of the prison (enclosed for your information is document entitled “Horizon Adult Remand Centre Legal Approval by Superintendent”); 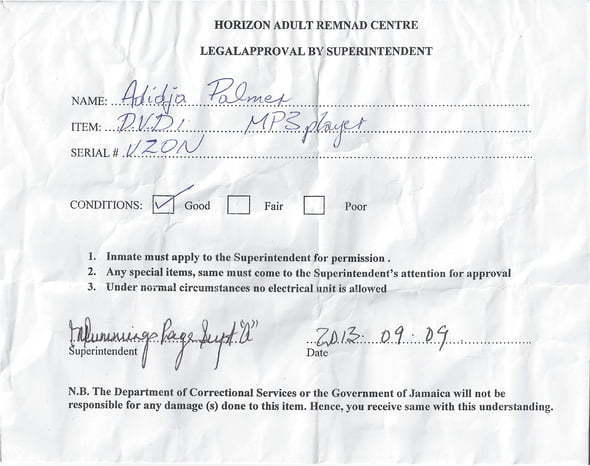 b. With respect to the (two) 2 telephones reportedly taken from our client’s cell, all our investigations reveal that these phones were taken from an adjoining cell. The occupier of that cell has already indicated to the authorities that the phones belong to him; and

c. The piece of paper mentioned above is, in fact, instructions written by Palmer to a financial institution.

This news release was obviously calculated to prejudice the pending bail application and trial of Mr. Palmer set in the Home Circuit Court for the 18th of November 2013. It contains the obvious implication that by possessing these items of “contraband” Mr. Palmer was in some way connected to the murder of Samuels.

We wish to remind that in February 2013 during the process of a bail application for palmer, a Senior Superintendent of Police submitted a statement to the effect that “three (3) phones were found in his cell. This allegation was used in opposition to the bail application and it transpired to have been a fabrication and outright lie. We had written to the Director of Public Prosecutions on the 1st day of July 2013 asking that office to investigate this matter; however, to date we have had no response to this request.

I have written to the Commissioner of Police, Commissioner of Corrections, INDECOM requesting an immediate investigation into this matter and to the Director of Public Prosecutions to determine whether or not the news release calculated as it was to prejudice his pending bail hearing and trial presently before the Home Circuit Court amounts to a contempt of court which ought to be prosecuted.

His killers are still on the loose.