DJ Khaled is in love with Nicki Minaj and he is serious about it.

The Miami rapper/producer proposes to his labelmate Nicki Minaj during a live interview on MTV.

The We The Best/YMCMB rapper brought a 10-carat ring believed to be worth $500,000 on set MTV to propose to Nicki Minaj.

“Nicki Minaj, I’m at MTV,” DJ Khaled said. “I love you. I like you. I want you. I want you to be mine. I’m here at MTV because it’s a worldwide network. Only reason I’m not telling you this face to face is because I understand that you’re busy.”

“Nicki Minaj, will you marry me?” Khaled asked Nicki Minaj in front millions of viewers. 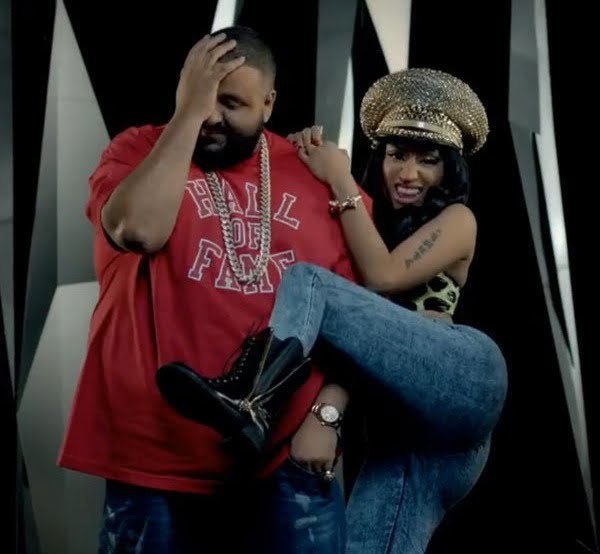 DJ Khaled said he fell in love with Nicki Minaj after seeing her twerk.

Nicki Minaj has been long linked to her hype man Safaree Samuels.

She has not yet responded DJ Khaled’s plea for her hand in marriage.