On Monday Rihanna stepped out of her hotel in London with her little brother Rajad Fenty by her side.

Fans flocked out the pop singer’s hotel to get a glimpse of her. Rihanna is huge in the U.K. and has been selling out arenas in London, Manchester and more major cities.

Rihanna also came under fire yesterday after turning up two hours late for her concert in Birmingham on Monday night. 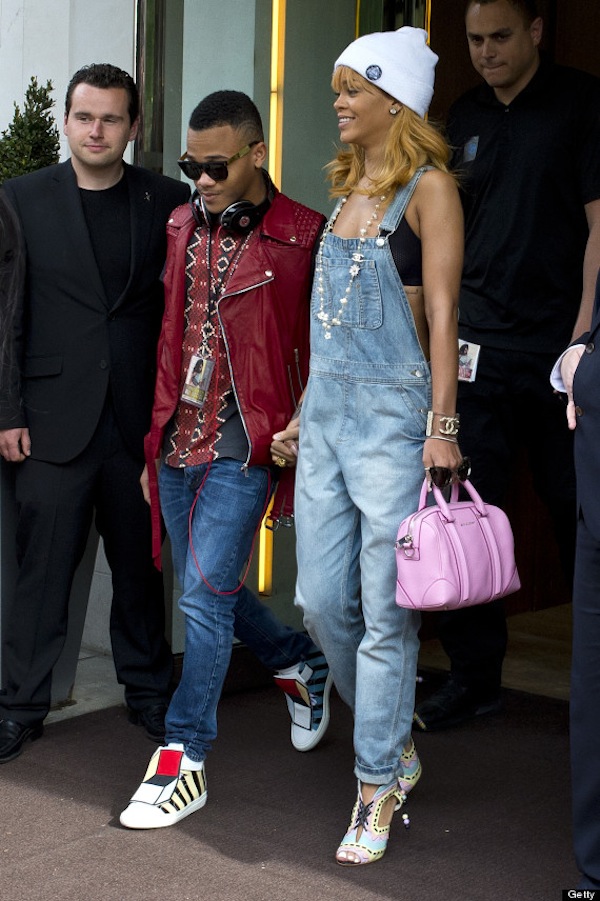 Fans grew uneasy for the long wait but she put on a show for them.

Rihanna is currently on the European leg of her hugely successful Diamonds World Tour. 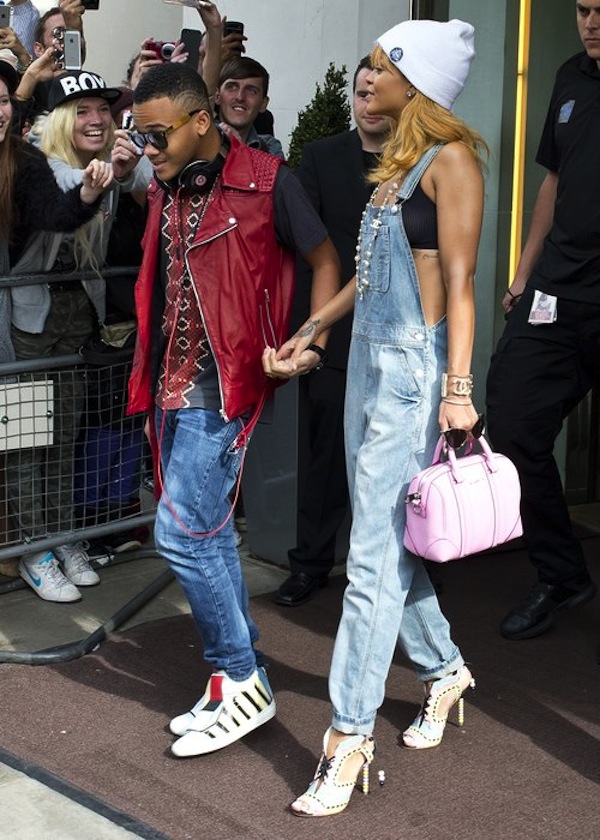