After touring the entire North America over the last few weeks, Rihanna heads back to the studio to record new material for her upcoming album due later this year.

The “Pour It Up” hit maker was spotted earlier this week heading into a studio in Long Beach, California. 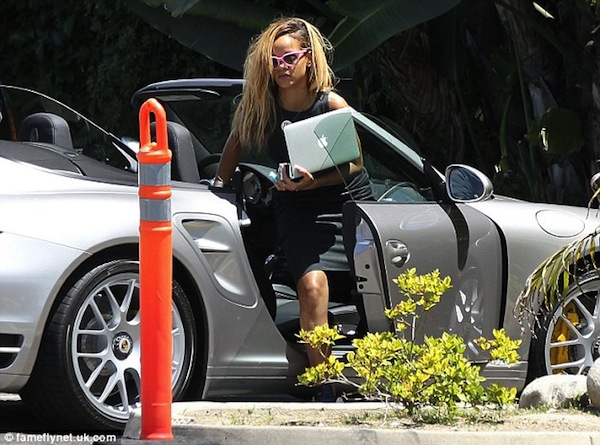 RiRi arrived in her convertible Porsche 911 GT with her BFF Melissa Forde. 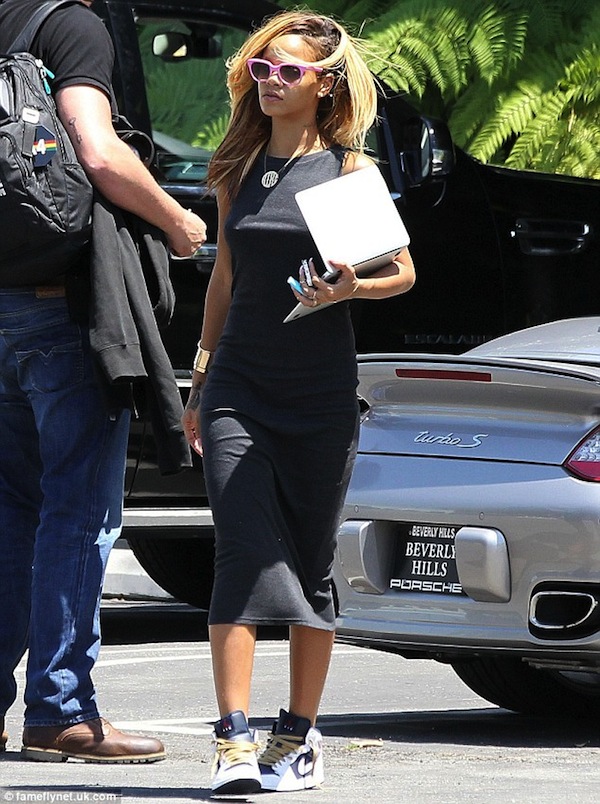 Rihanna shot the video for her single “Pour It Up” earlier this week and she shared some steamy behind the scenes photos. 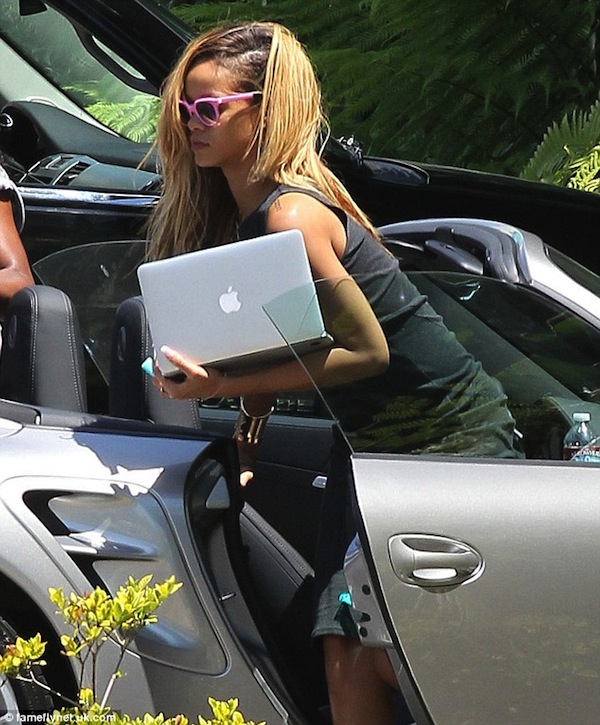 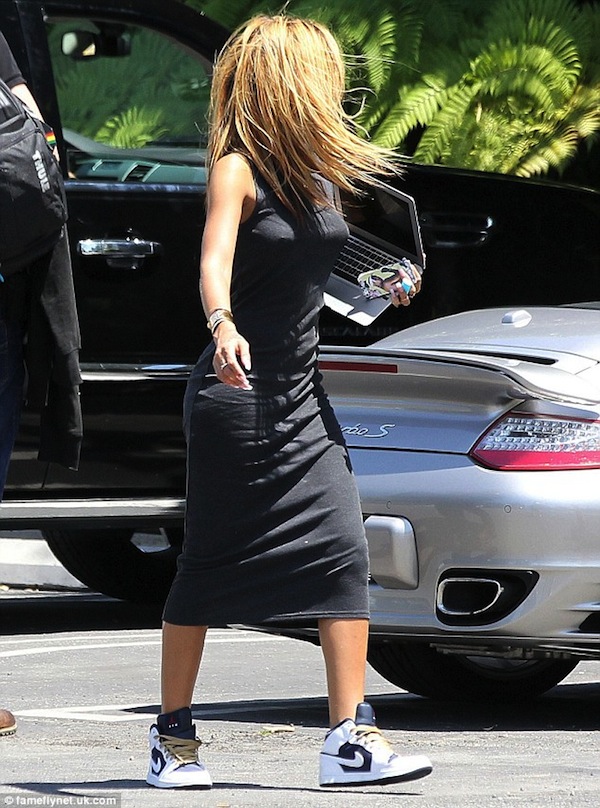 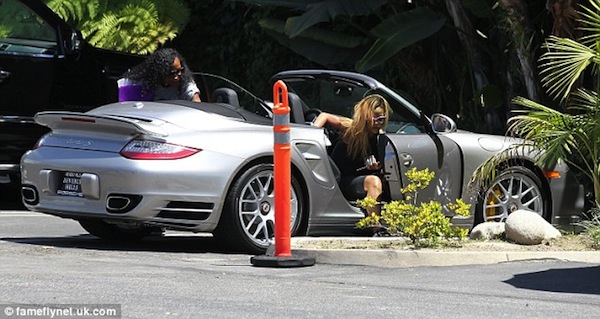