Beyonce has been placed under serious baby bump watch by the gossip blogosphere.

Although the pop diva has yet to comment on these rumors, her recent cancelled concert in Antwerp, Belgium has only serve to add more fuel to the fire.

Beyonce’s publicist told the Associated Press that she cancelled the concert on doctor orders.

“Beyoncé has been advised by her doctors to rest as a result of dehydration and exhaustion and will not be able to perform in Antwerp, Belgium, tonight,” the statement reads. “She is awaiting word from her doctors before making a decision on the second Belgium date scheduled for May 15. Tonight’s show will be rescheduled as soon as possible and ticket holders should keep their tickets to be used with the rescheduled date. Other tour dates are not expected to be affected.”

Beyonce has since apologize to her fans for the cancelled show, but will be taking the stage tonight. 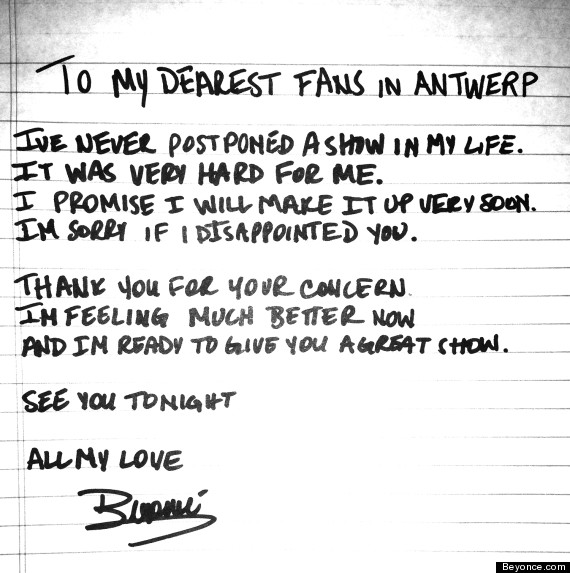 Beyonce is currently making her way across Europe with her The Mrs. Carter World Tour.

The tour will climax in August with a series of shows at the Brooklyn Barclays Center.