This is not the first time Rihanna is plagued with pregnancy rumors, but the fact that she has a mysterious illness now triggered the chatters.

The Bajan pop star was spotted leaving the doctor office in Beverly Hills earlier this week after cancelling two shows in Texas.

Although she has apologize to her fans for missing the gigs, she did not specify the cause of her illness and now rumors are spreading like wildfire claiming that she is pregnant.

Rihanna camp is also making it very easy for gossip tabloids to run with the story since information coming from them is very sketchy.

See more photos of Rihanna leaving her doctor this week below. 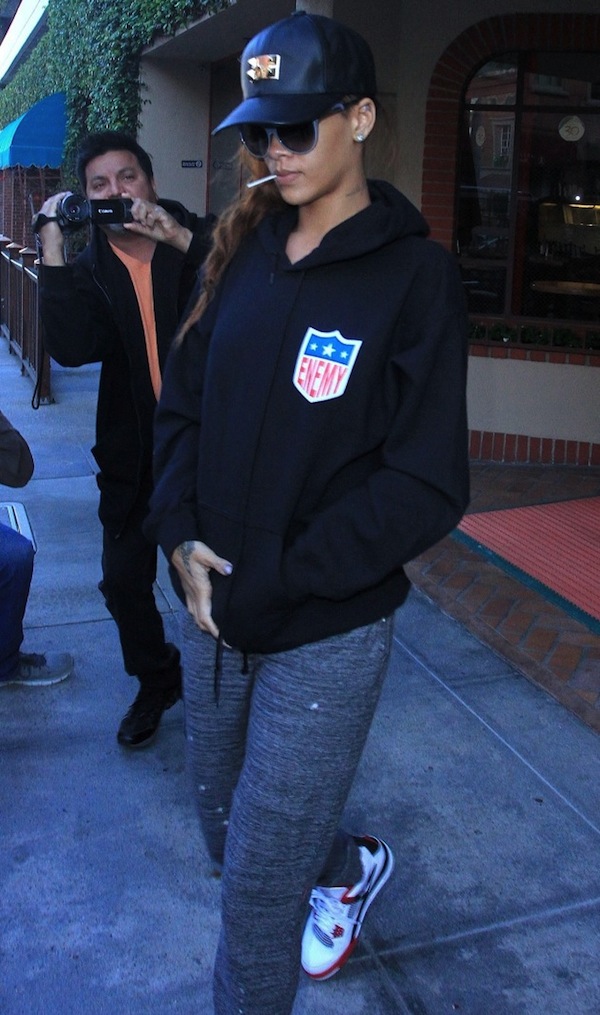