Rihanna need her weed to clear her mind before hitting that stage, but now the cops might be on to her.

Rihanna Diamonds World Tour is receiving some bad press today after reports surfaced claiming that authorities found a small quantity of marijuana on one of her tour bus.

According to TMZ, a total of 10 buses were stopped by law enforcement officials at the Ambassador Bridge between Detroit and Canada.

Law Enforcement say they smelled a strong scent of Marijuana before calling in drug-sniffing dogs and conducted a bus by bus search.

A small quantity of Marijuana was found in a bag belonging to one of the passengers on board.

The good news is that Rihanna was not on any of the buses. The unnamed passenger was cited with a civil penalty.

RiRi fly first class her private jet so her hands are clean. 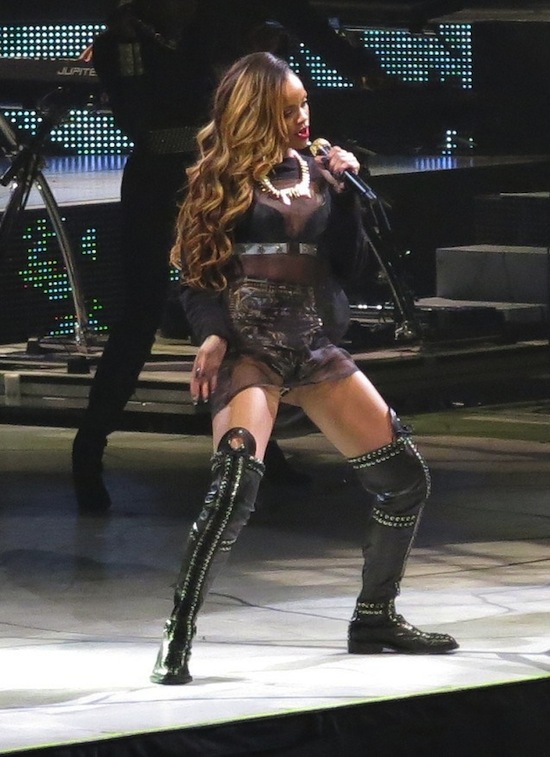