Miami rapper Rick Ross escaped an assassination attempt on his life this morning.

Rick Ross, whose real name is William Roberts, was driving his Rolls Royce along Las Olas Boulevard in Fort Lauderdale around 5 a.m. when a man with a machine gun open fire at the car.

Rick Ross reportedly made a swift turn to avoid the rain of bullets and struck the wall of an apartment building.

Rick Ross and members of his Maybach Music Group were celebrating the rap mogul’s birthday at Floridian restaurant. The group was partying all night at LIV nightclub.

Since last year, Rick Ross has been receiving death threats from a gang known as the Gangster Disciples. In November 2012, the rapper canceled a few tour dates in North Carolina and Chicago where the gang is believed to have a stronghold.

“I was just in Chicago a week a half ago,” Rick Ross said in an interview with 99 Jamz in December. “That’s the birthplace of the GD’s. If I go to Chicago to handle my business like I did, I have no problem going to North Carolina or South Carolina, where the ladies are brown skinned with brown eyes, and they got nice curls and they make the best apple pie.” 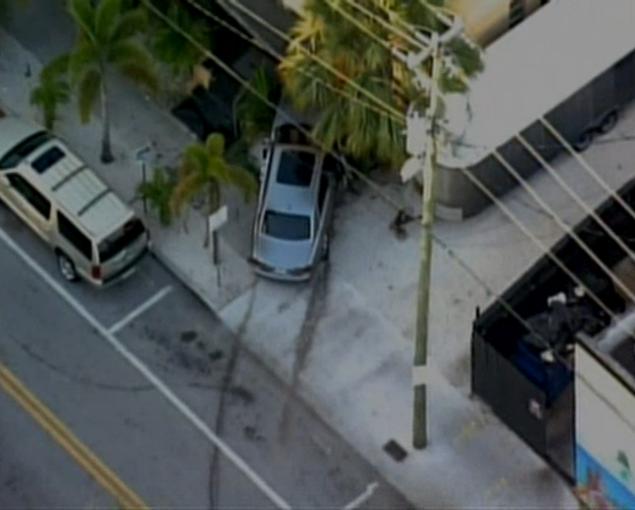