The Bajan pop beauty also revealed the artwork for her single “Pour It Up.”

The single “Stay” featured an appearance from Mikky Ekko and appeared on Rihanna’s number one selling album Unapologetic.

The artwork shows Rihanna kissing on a man neck who appeared to be her estrange on and off boyfriend Chris Brown.

The artwork for “Pour It Up” speaks volume of the Mike Will-produced single.

Rihanna is gearing up to hit the road next month for her Diamond World Tour which features A$AP Rocky.

Which of the single covers do you prefer? Sound off below. 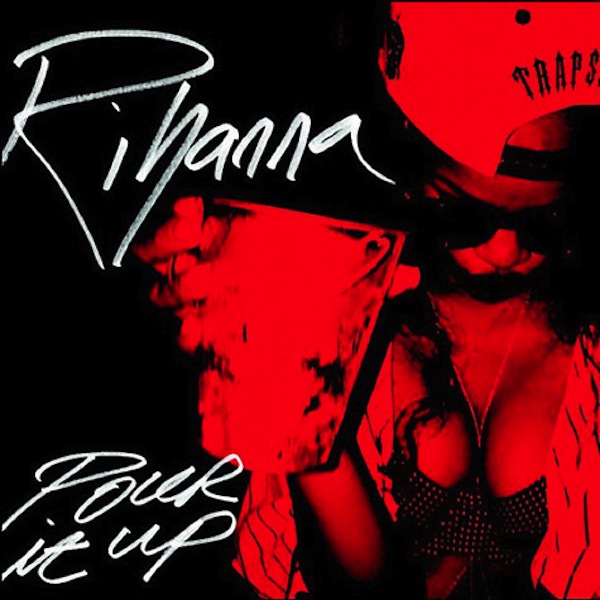