Karrueche Tran may have her heart broken by Chris Brown but that won’t stop the Asian model from having fun.

Karrueche was spotted with Chris Brown former BFF Teyana Taylor ringing in the New Year at Club Euforia in Miami on Monday night.

The two ladies were snapped by paparazzi playfully kissing each other.

While Tran was partying it up in the U.S., Chris Brown was on the other side of the world with the love of his life Rihanna. The two were on the African continent for the Kora Awards and a reported $10 million gig for an African billionaire. 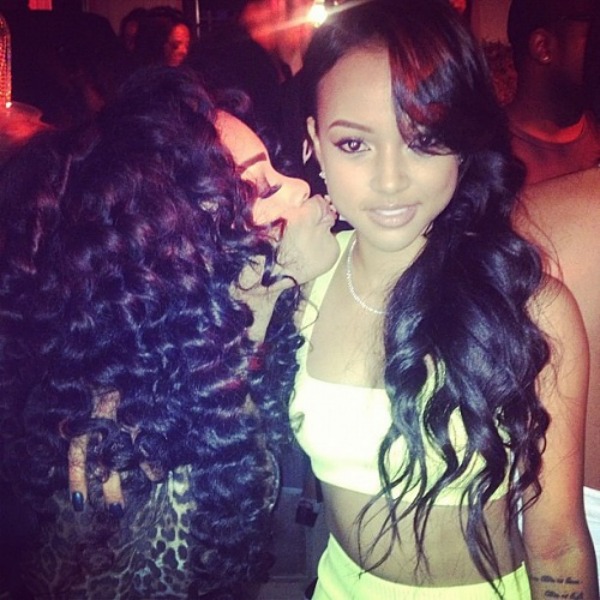 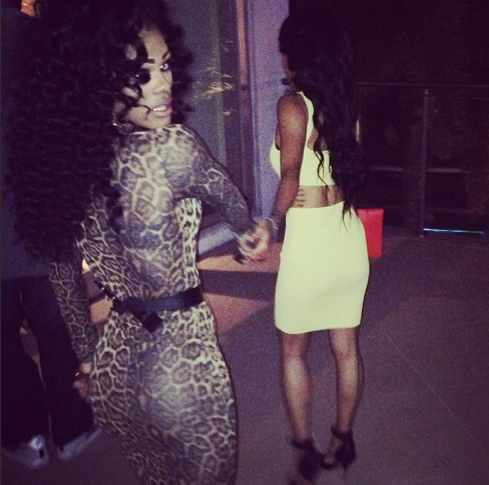