New York rap legend Notorious B.I.G, aka Biggie Smalls, rap reign came to an abrupt end on March 9, 1997, when he was shot and killed in Los Angeles.

15 years after his death his autopsy report leaked online revealing graphic details of how he died.

According to TMZ, the report confirms that Biggie Smalls, real name Christopher Wallace, was shot four times during the infamous drive by shooting on Wilshire Blvd in Los Angeles.

The fatal bullet was Gunshot #4 … which entered Wallace’s body through his right hip and ripped its way through several vital organs … before coming to rest in his left shoulder area.

All four bullets entered through the passenger door of Biggie Smalls Chevy Suburban.

The 24-year-old rapper was rushed to the Cedars-Sinai Hospital in California just moments after he was shot. Doctors performed emergency surgery, however, it was too late.

Notorious B.I.G was pronounced dead at 1:15 AM. 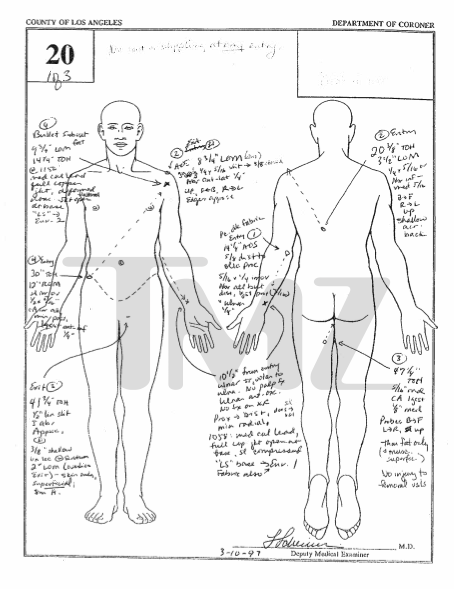