Kanye West was Batman and Kim Kardashian Catwoman for Halloween.

The “Mercy” rapper and the reality TV star and the rest of the Kardashian clan all put on their various Batman characters.

Kourtney Kardashian put on her Batgirl outfit, and Scott Disick dressed as Robin.

On Wednesday in the day the four were spotted dining at at sushi restaurant Makoto in Miami. The Kardashian clan later partied at Miami’s LIV nightclub.

See some photos of the four below. 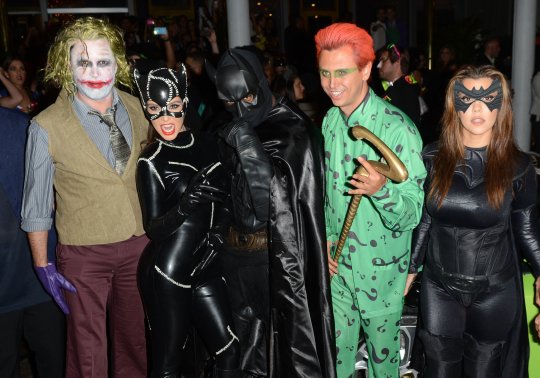 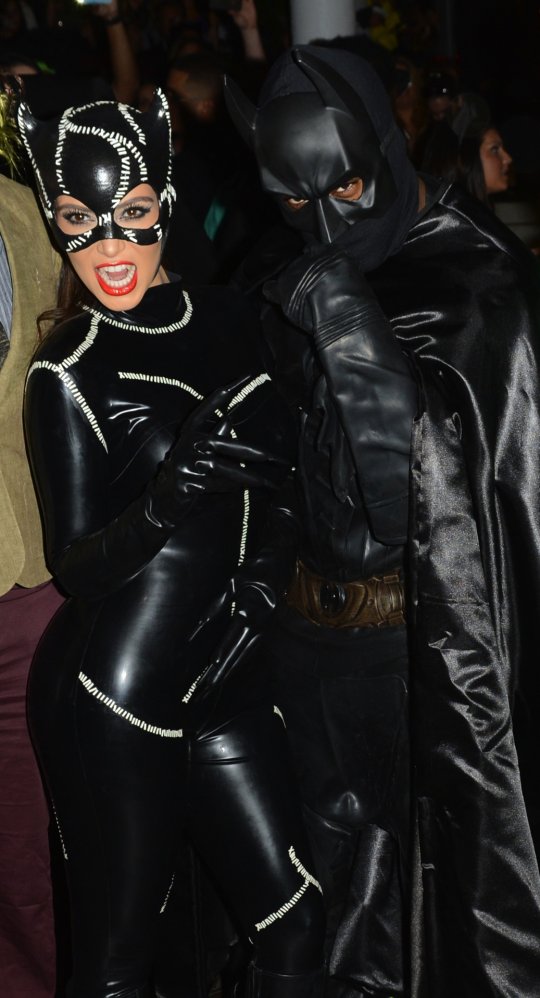