Chris Brown stirred up some controversy yesterday when he turned up at a Halloween party hosted by Rihanna dressed as a terrorist.

The “Turn Up The Music” singer and his boys put on their Arabic robes, turn, beard, and strap on a couple rounds of bullets.

Rihanna was the host of the Halloween party held at Greystone Manor in Hollywood.

“HALLOWEEN IS FOR FUN NOTHING MORE THAN JUST FUN,” Joyce Hawkins tweeted. “GET A LIFE PLEASE.” 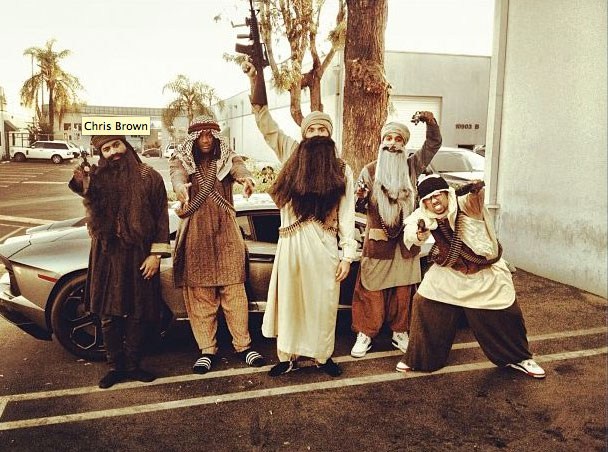 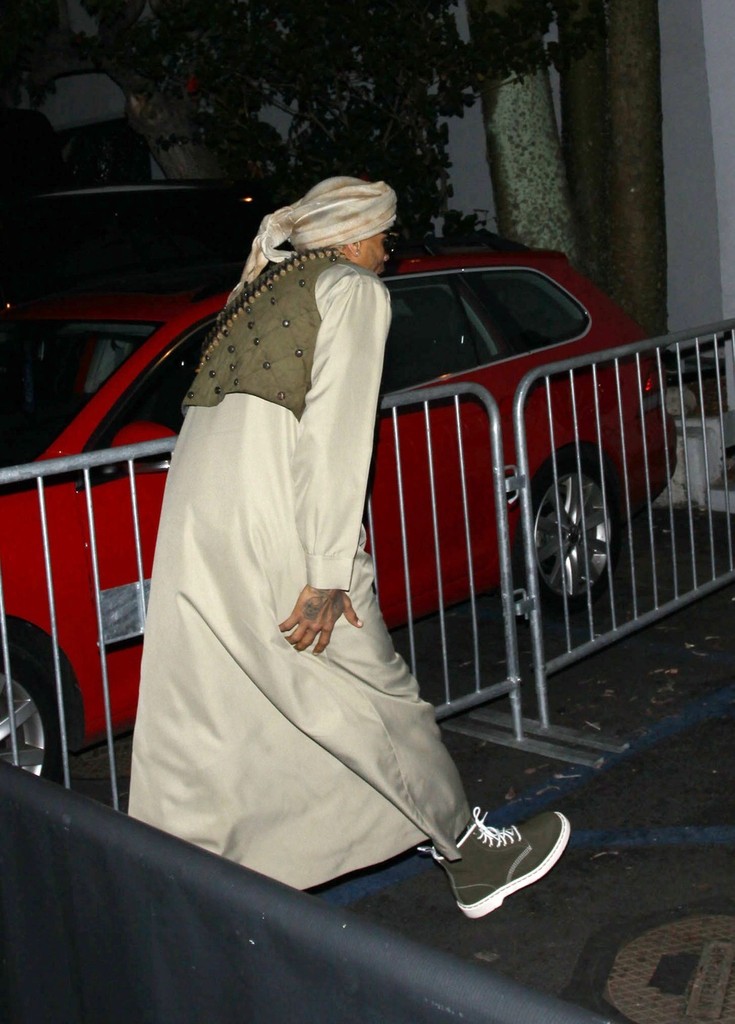 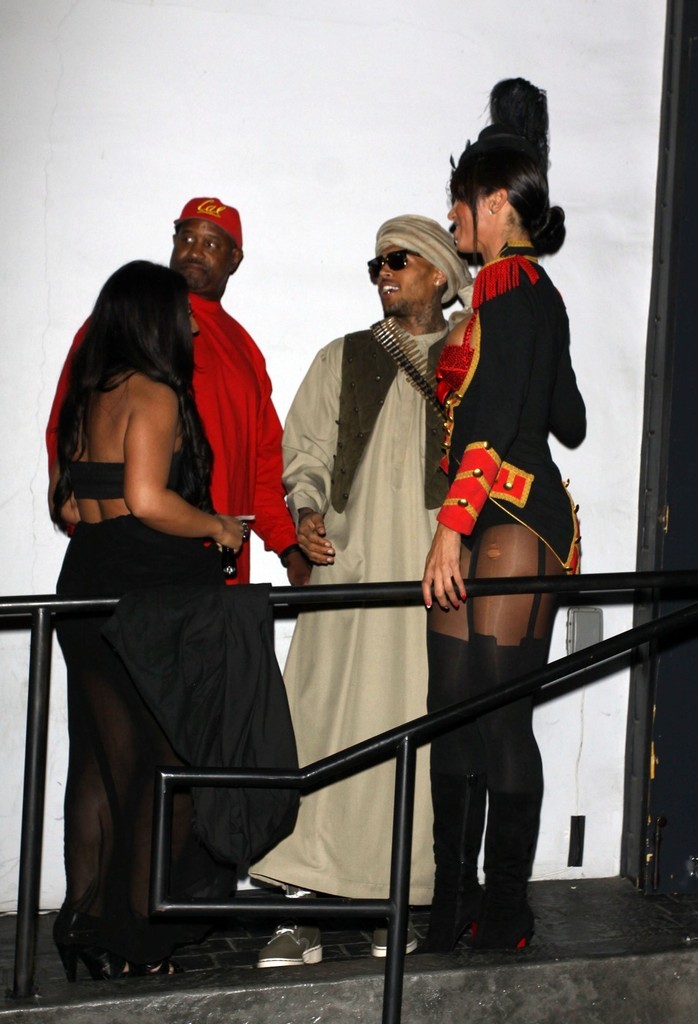