Ex-couple Chris Brown and Karrueche Tran are still hooking up despite friends claims that the two are just friends.

Breezy dumped the model earlier this month citing his friendship with Rihanna for his decision.

Last weekend both Breezy and Tran were spotted at a Halloween party at the Greystone Manor in Los Angeles.

The “Turn Up The Music” singer turned up at the party with a painted zombie face, while Tran pretty in a red kimono dress paired with red lips.

A source told Hollywoodlife that Chris Brown has been chasing Tran and leading her on despite their break up.

“She basically lived at his house when they were together and she still feel some type of way about the entire situation,” the source said. “She’s trying to be over him, but he [keeps] texting and sending her pictures of them together and [telling] her he [misses] her all the time and this and that. I wish he would be with her if he feels that way but I know he’s a dog but Karrueche doesn’t think so.”

Check out some Halloween pics below. 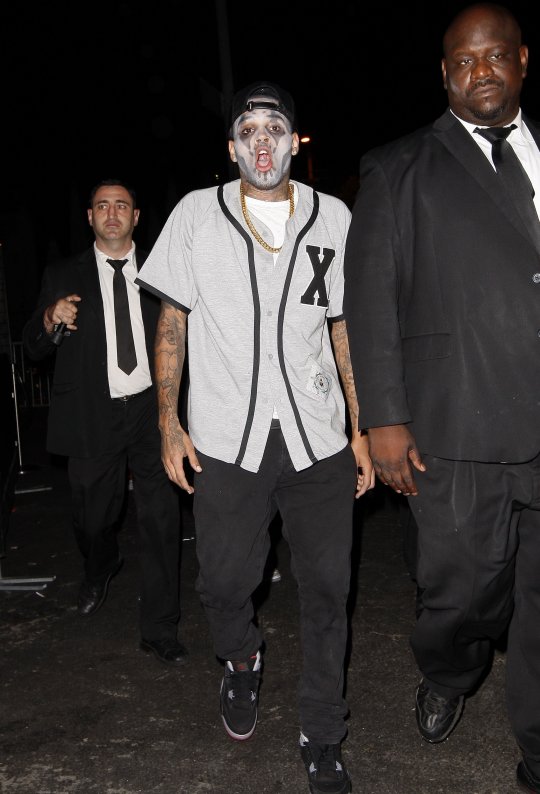