R&B superstar Chris Brown recently dumped his model girlfriend Karrueche Tran so that he can focus on Rihanna, but Tran is not letting him go so easy.

According to TMZ, sources says Karrueche Tran still loves Breezy and now she is on a mission to get him back from Rihanna.

“We’re told Karrueche got used to a certain level of celebrity while dating the singer, and she’s not ready to “go back to being basic” — even if that means messing around with Brown, while he’s messing with RiRi,” TMZ wrote.

There is also a new rumor lingering around claiming that Chris Brown may have impregnate his ex-girlfriend Karrueche Tran. This rumor came just a week after a close source close to Rihanna told Urban Islandz that she might be pregnant for Breezy.

A source told Hollywoodlife that the rumors are false and Karrueche is not pregnant.

VIDEO: Rihanna And Chris Brown Steps Out Finally, Share A Blunt In Public

“[Karrueche] ain’t pregnant. Chris ain’t stupid … He don’t get down like that … I know she would want to have his baby but nope,” the source said.

Karrueche Tran also tweeted about the rumors yesterday. “People will believe anything they read,” Tran wrote on Twitter.

The rumors also ignited a war of words on Twitter between Karrueche and Rihanna fans, prompting RiRi’s BFF Melissa Forde to defend her girl.

“I am cursing you bcuz u guys are fing with the wrong person n u don’t wanna find out why#trusttttmee,” Melissa told a fan who claims Karrueche Tran is way more classy than Rihanna.

If both Rihanna and Karrueche Tran are pregnant or even if one is, it could spell disaster for the love Triangle. 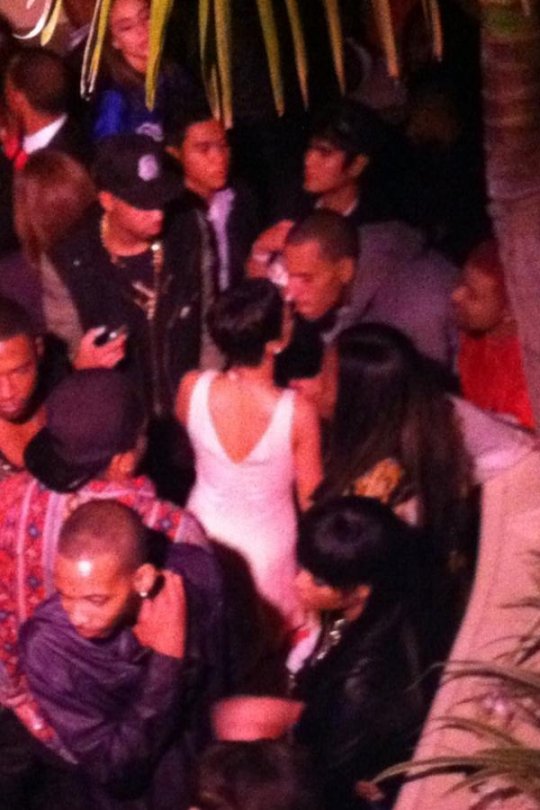