Rihanna was spotted out in NYC yesterday signing autographs for fans before hitting the club with Chris Brown.

The Bajan pop beauty wear a pair of om Ford Anaconda Over-the-knee boots that comes with a price tag of $3000.

Rihanna and Chris Brown were spotted Monday night at New York City nightclub Griffin getting really close. According to reports, the two love birds at one point sneaked off to the club’s bathroom where they locked themselves inside for a long time.

Chris Brown was also spotted sneaking out of the hotel Rihanna is staying in New York. 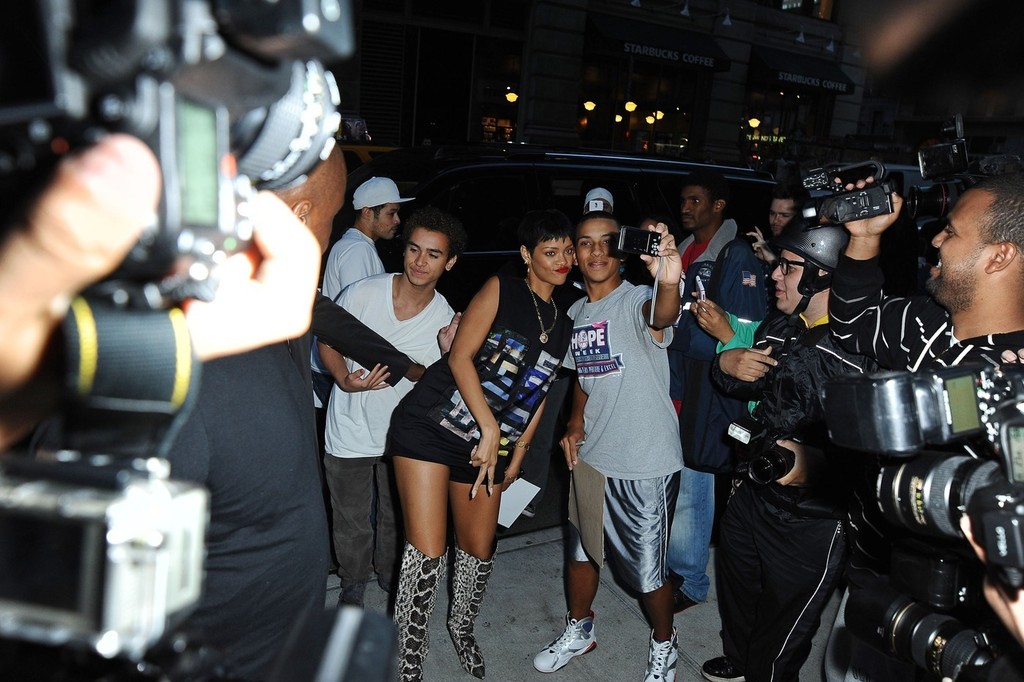