“2012 was great, you know the hard work and the dedication and of course you get to keep your body in good shape so why not,” Shelly-Ann told host Rocsi Diaz.

“I listen to a lot of Lauryn Hill and of course Jamaican artists such as Etana,” Shelly-Ann said about preparing for her races.

Peep her appearance on BET 106 & Park below. 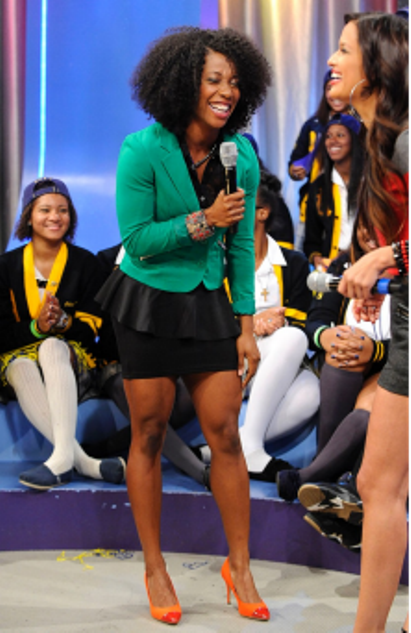