Rihanna had party-goers hearts racing last weekend when she stepped out wearing a very revealing dress.

According to reports, Chris Brown and his girlfriend Karrueche Tran were partying next door the club Rihanna was in. Was that a coincident or was it planned?

Chris Brown Responds To Controversial Rihanna Neck Tattoo, “Its Not Her”

Earlier this month, Rihanna and Breezy made tabloids headline after the two were snapped embracing each other at the 2012 MTV Video Music Awards. Both singers have not commented on that move.

However, reports suggest that Chris Brown and his girlfriend Karrueche have been going through a rough patch since the incident. 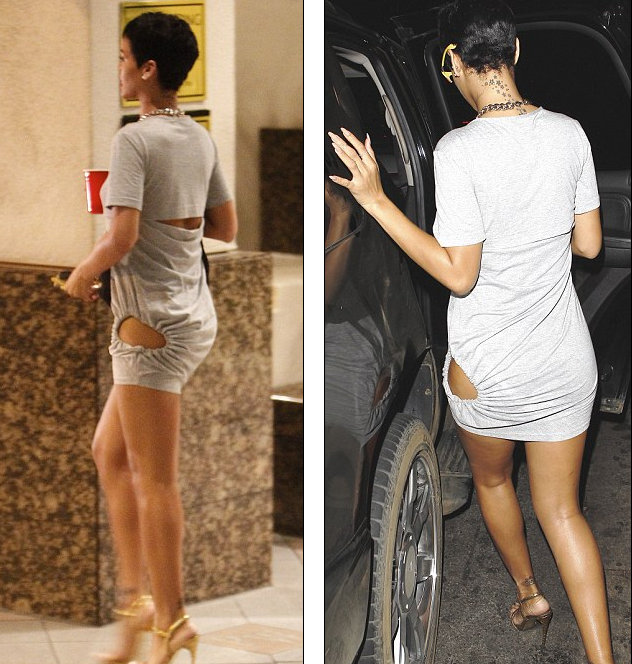