Reality star Snooki introduces her bundle of joy, Lorenzo LaValle, to the world just over a week after giving birth.

The Jersey Shore star lands on the cover of PEOPLE magazine’s upcoming issue.

“It’s a different kind of love that I never felt before,” Snooki said.

Snooki and her fiance Jionni LaValle also shared with PEOPLE how the came up with the name Lorenzo Dominic.

“We were going back and forth, and I just happened to think of Lorenzo,” says LaValle. “She loved it.”

Snooki named her baby’s middle in memory of her uncle that passed away.

“I did it for my dad,” says Snooki, whose real name is Nicole Elizabeth Polizzi. 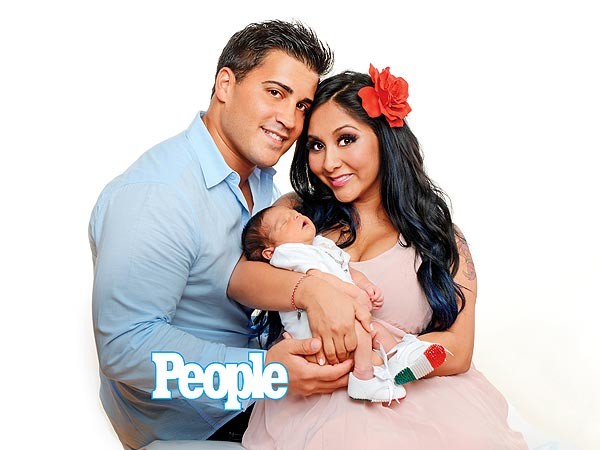