Rihanna is currently working hard in the studio on her next big album. The “Where Have You Been” singer was spotted last night heading to a recording studio in London wearing her night cloth.

PHOTOS: Rihanna Gets New Tattoo, A Falcon On Her Ankle

After her recording session RiRi mingled with some fans. One lucky fan even got a kiss and hug from the pop star.

Rihanna is in the U.K. ahead of the launch of her Fashion reality TV show. She is also recording new songs for her upcoming album due later this year.

“Rihanna is working with Marina and the Diamonds’ boyfriend Burns, a Brighton-based producer who is good mates with Calvin Harris,” a source told The Mirror.

DETAILS: Rihanna Enjoying The Drama Between Chris Brown And Drake

“They’ve booked three days in the studio, which they’ll fit around him doing some work with Kelis. Rihanna’s also working with Nicky Romero, another DJ and pal of Calvin,” the source added.

Rihanna be hitting the stage this weekend with mentor Jay-Z for the BBC Hackney Weekend concert in London. 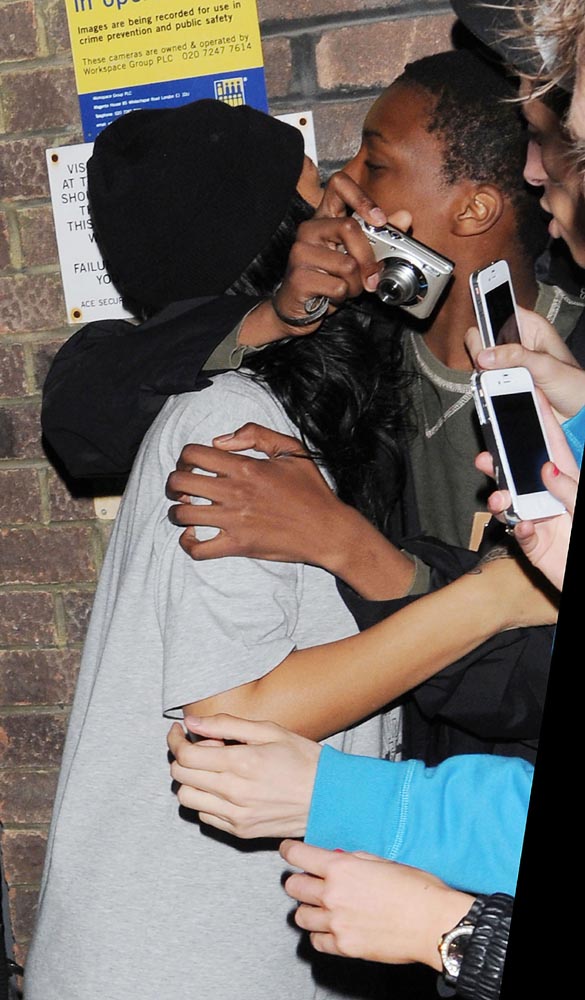