Rihanna is standing perfectly calm and content on the sideline while Chris Brown and Drake fight over her.

While there are still many questions and not many answers in the aftermath of a bloody brawl between Chris Brown and Drake’s entourage earlier this week, sources claim it is none of Rihanna’s concern.

According to Us Weekly magazine, sources say Rihanna loves the drama between her men.

“Men fighting over her? Are you kidding? Of course. [She] loves the drama,” the source told the magazine.

The source also revealed Rihanna’s initial reaction and that she is happy she wasn’t there.

“Rihanna got text messages from everybody telling her what happened right after it went down,” the source revealed. “She just laughed. She’s spoken to both of them and just thinks it’s crazy. She’s glad she wasn’t there though!”

Despite all the drama and tension that exist around the parties currently, the source says Rihanna wants to remain friends with both Breezy and Drizzy.

DETAILS: Chris Brown Spends Time With Rihanna And Her Family

“She wants to be friends with both of them,” said the source.

Rihanna was spotted out in New York City with her best friend Melissa Forde last night getting dinner at one of her favourite restaurants.

Do you think she loves the drama? 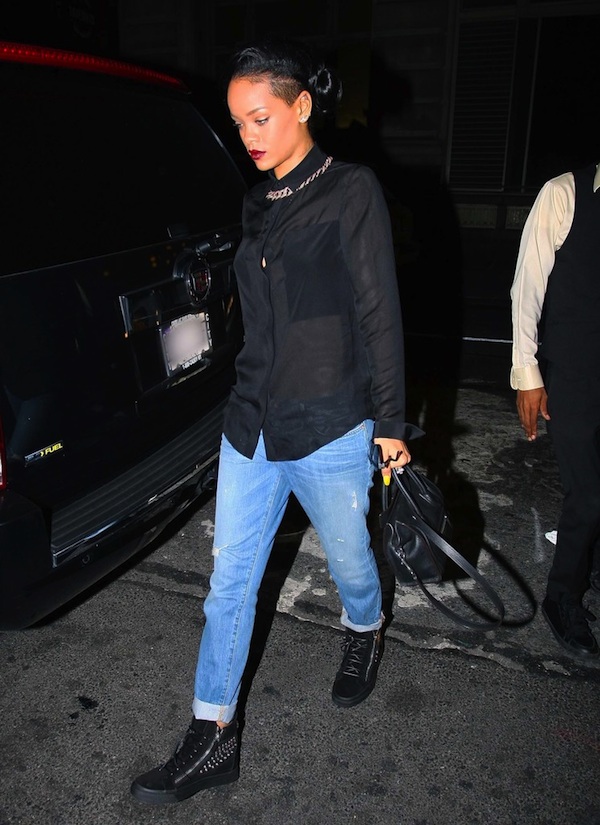