Jay-Z and Kanye West brought some famous faces with them to Paris, France for their Watch The Throne tour stop at the Palais Omnisports de Paris-Bercy.

Among the celebs who were in attendance includes Beyoncé, Kelly Rowland, Justin Bieber, The-Dream, and Gwyneth Paltrow.

The crowd went wild as Hov and Yeezy took the stage to performed their hit single “N**gas In Paris.” The duo performed the single a record 11 times, while the song’s producer Hit-Boy crowd surfed.

The producer later took to Twitter saying “HOV didn’t just really call me on stage in Paris to crowd surf.”

“The Roc family is too real. I’m the 2nd person only to ever grace WTT stage,” he added. 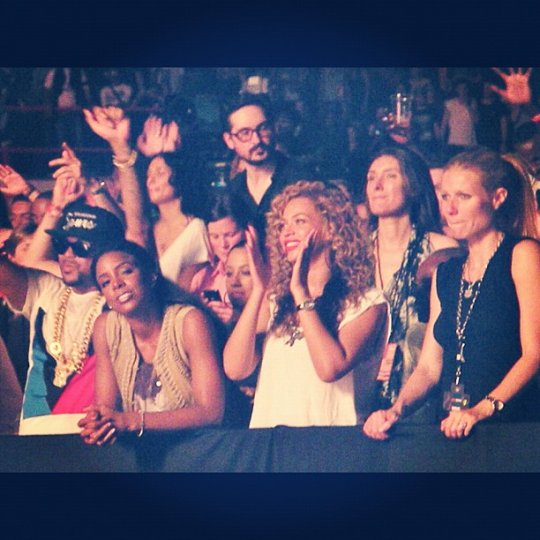