Rihanna was the Cleopatra of the modern world at Monday nights 2012 Robin Hood Benefit in New York City.

RiRi ruled the stage with a powerful performance of her single “Where Have You Been.” Rihanna stepped out on stage dressed like Cleopatra in a sexy gold outfit with her dancers in matching Egyptian theme outfits.

After the event, Rihanna treated herself to a night out in the city, where an old guy approached her with flowers. 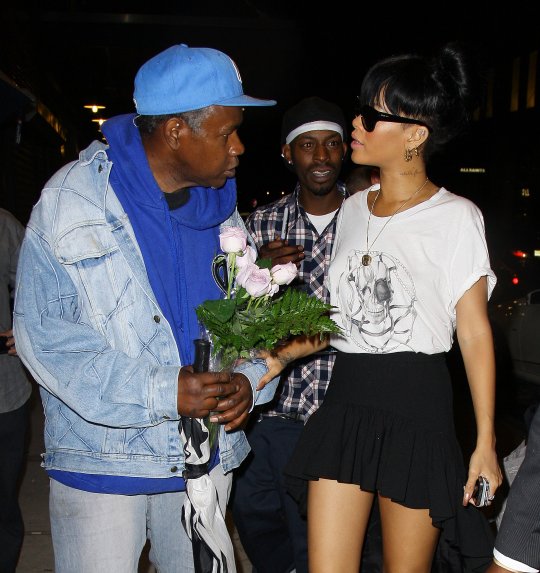 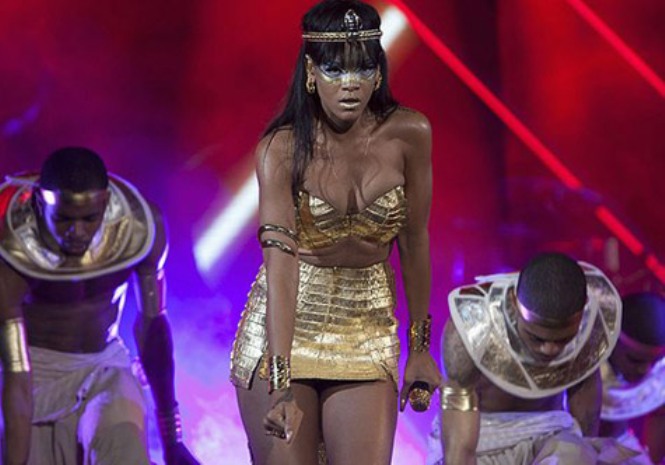