A flaming hot Rihanna was spotted riding the tube with her best friend Melissa and another girlfriend en route to Drake concert at the O2 Arena in London last night.

The tube has become a regular mode of transport for Rihanna when in London. Last summer she was spotted mingling with fans on the tube while traveling to her own concert.

We can understand why since traffic was at a stand still on streets close to the arena.

Rihanna will make her big screen debut in May in the block buster sci-fi film Battleship. The $200 million film hit theaters on May 18th. 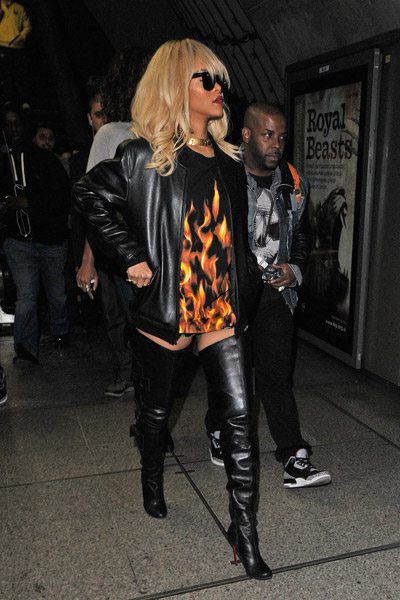