It seems Rihanna has a knock for bad guys. Just weeks after coming under fire for reuniting with her abusive ex-boyfriend Chris Brown, Rihanna is rumored to be having an affair with Demi Moore’s cheating ex Ashton Kutcher.

Earlier this week paparazzi spotted the “We Found Love” singer pulling up at Kutcher’s Los Angeles apartment at around midnight. She reportedly leave there at 4 am that morning.

According to the UK Sun, sources said Rihanna and Kutcher began flirting after exchanging numbers eight weeks ago. “That moved onto texts and arranging to meet,” the source said. “They snuck off to a Santa Monica hotel a few weeks ago.”

“They are two single people having a fling, so thought it would be best to meet in secret,” the source told The Sun. “Rihanna has told friends he’s funny and cute.”

The source said the two are just in a casual relationship, but RiRi is starting to enquire about Kabbalah sessions with Kutcher.

“Both of them love a good time and think they’re too busy for anything serious just yet. She’s starting to enquire about Kabbalah sessions with his rabbi.”

Rihanna shot the video for her collaborative single “Princess Of Chin” with Coldplay earlier this week. The video should debut in April. 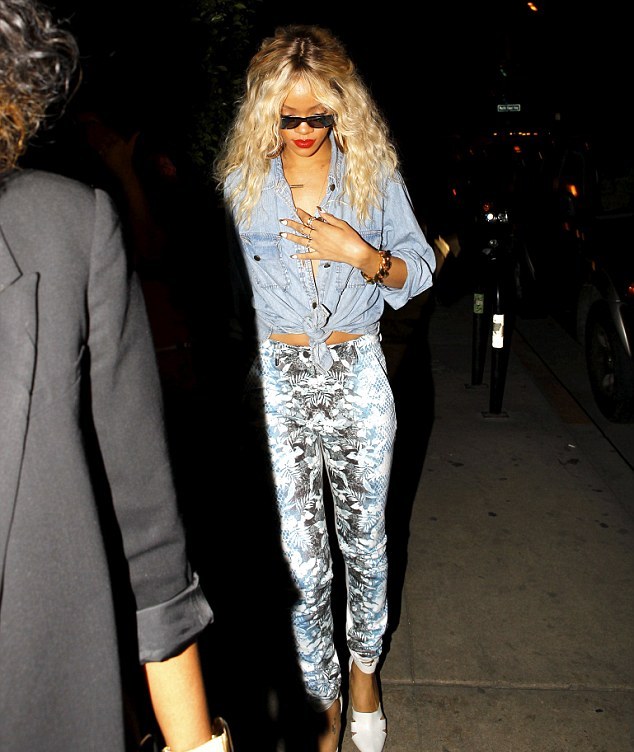