It appears Rihanna is trying to move on from Chris Brown after a failed reconciliation.

The “We Found Love Singer” was allegedly busted leaving actor Ashton Kutcher’s apartment in Los Angeles at 4 am.

Paparazzi snapped RiRi pulling up at the apartment at around midnight Wednesday in her black Cadillac Escalade.

Earlier this month, Rihanna reportedly gave Chris Brown am ultimatum to dump his current girlfriend Karrueche Tran and get back with her, but that did not end well, as Brown refuse the offer.

Kutcher was reportedly dumped by his soon to be ex-wife Demi Moore following some cheating allegations.

Do you think Rihanna and Chris Brown reunion is out the door? 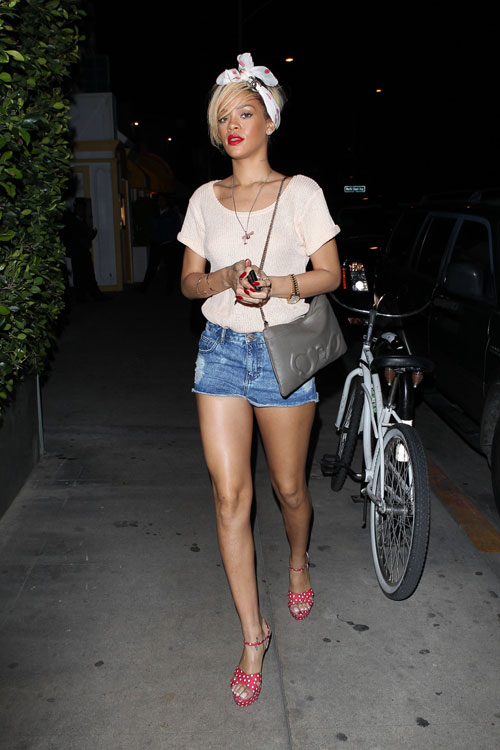 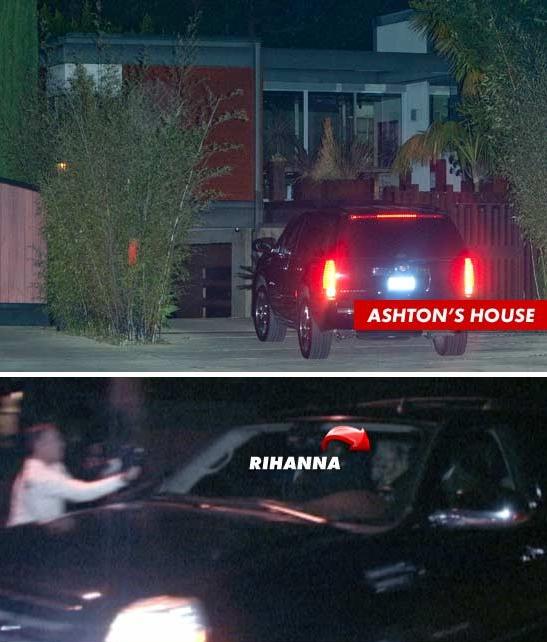