Aunty Rihanna paid baby Blue Ivy Carter a visit while in New York on the weekend despite being reportedly banned by Beyonce and Jay-Z because due to her reconciliation with Chris Brown.

RiRi was accompanied by G.O.O.D. music rapper and friend of Jay-Z, Kanye West. The “We Found Love” singer was spotted later that day catching a flight at the JFK.

Last week rumors surfaced that Jay-Z and Beyonce banned Rihanna from seeing baby Blue Ivy Carter because they see her as a bad role model for rekindling her relationship with her abusive ex-boyfriend Chris Brown.

Rihanna collaborate with Brown last month on two records “Birthday Cake” remix and “Turn Up The Music” remix. Jay-Z said he was disappointed in the singer after hearing the tracks.

Do you think Rihanna a bad role model for Blue? 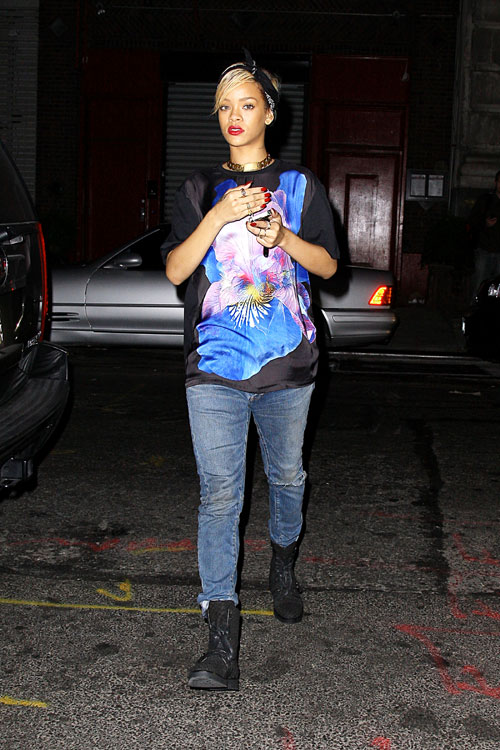