According to TMZ, Vanessa is being awarded not only $75 million (estimated as half of Kobe’s $150 million fortune), but also three mansions.

The former couple just signed a property settlement that awards Vanessa sole ownership of all three mansions the couple shared in the Newport Beach area, including one that her mom was living in.

In exchange for 3 mansions and $75 milli, Vanessa has agreed to keep her mouth shut. No books, no films and no prime time interviews. 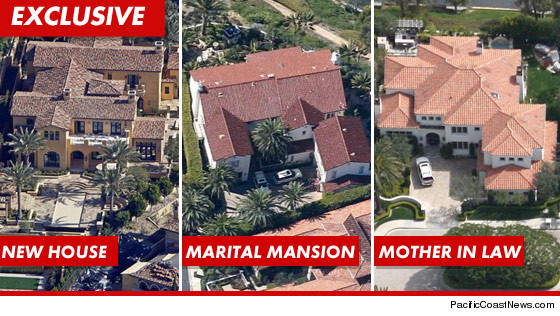 Kobe, meanwhile, is said to be staying in a private villa at a nearby luxury resort.