According to brobible.com, they received the tip last weekend that the NBA star was balling at the XS Nightclub at the Encore Hotel in Las Vegas. 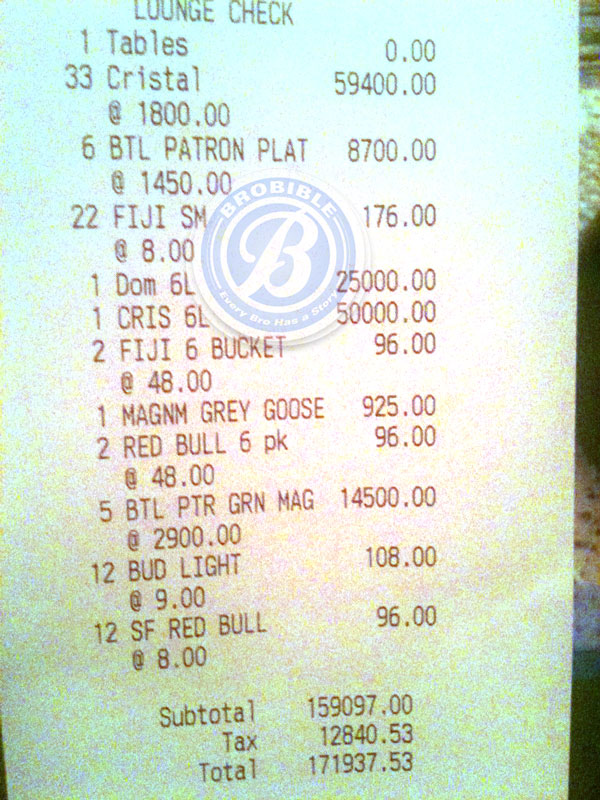 The receipt lebron james smilingshows that Lebron spent almost $60,000 on Cristal bottles, $8,700 on six Platinum Patrons and one bottle of Dom Perignon 6L for $25,000.

Do you the the receipt really belong to Lebron James