Famous Observer cartoonist is not easing up on Vybz Kartel, with his latest piece showing the Gaza boss strolling into Boys and Girls champs under his umbrella, with a sign directing him towards the bleachers and Grand Stand.

Vybz Kartel have since hit back with his own cartoon again, which is too graphic for some of Urban Islandz audiences. So to the folks in Vybz Kartel’s camp, we think the cartoon is very funny, more funny than clovis’ own, but a bit too graphic.

Send us a more media friendly one like the one below. 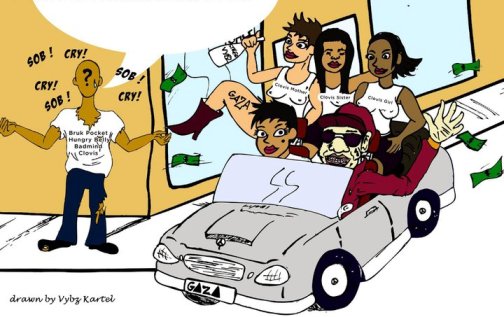